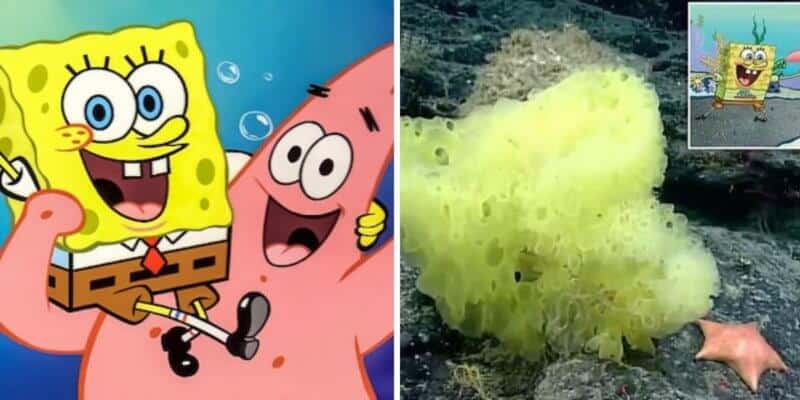 Two of the characters that many Universal Orlando Resort fans love to meet when they are at the Parks are SpongeBob and Patrick!

The best friend duo is one that many of us grew up watching, and now with the new Paramount reboot, the SpongeBob SquarePants era will only continue to grow with a new audience. Of course, we know that when we are watching the TV show, or meeting either character at the theme parks, that they are not actually in the sea. In the show, the characters are animated, and in real life, they somehow tend to not dry up on land — which is completely acceptable considering theme parks are a world of fantasy, where anything can happen!

But what if we told you that the best friend pair actually exists in the ocean? Instagram account Memezar (@memezar) posted two photos recently showing off that the cartoon version of SpongeBob and Patrick have a real-life presence in the ocean.

Marine scientists have spotted a yellow sea sponge and pink sea star in real life. Swipe to see the image.

They were found on an underwater mountain 200 miles east of New York City by Christopher Mah, a scientist with the National Oceanic and Atmospheric Administration (NOAA).

Take a look at the real-life SpongeBob and Patrick below!

It seems the SpongeBob is a yellow sea sponge, not your typical dish sponge, after all! Aside from the fact that both of these creatures actually exist, seeing them together side by side is the icing on top of the cake. Personally, I hope that the duo is having as much fun in real life on their underwater mountain as they do in the show in Bikini Bottom!

What do you think of this story? Are your childhood dreams coming true?