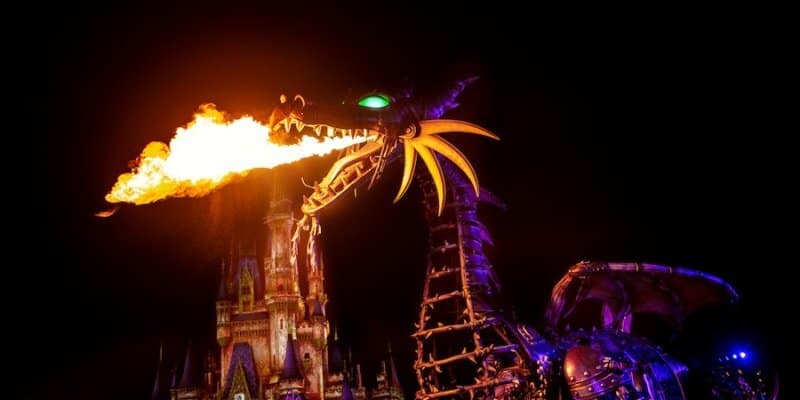 Halloween is always an exciting time to visit the Walt Disney World Resort. From the decorations to the spooky season-inspired treats to special events,  there is something for everyone to love during a Disney Halloween season. And this year will be no different, with the Magic Kingdom hosting a special, hard-ticketed event, Disney After Hours Boo Bash.

Disney After Hours Boo Bash tickets went on sale on June 15 and a number of dates quickly sold out. In fact, the event was in such high demand that Disney decided to increase the capacity for Boo Bash and released more tickets for almost all event dates just 10 days later on June 25. Now it seems that most of those tickets have been sold, as well, and only one Boo Bash party date remains available in the month of October.

At the time of publication, the only Boo Bash date that is available in October is Sunday, October 17.

Luckily, for Guests who have not yet purchased their Boo Bash tickets, a number of dates remain available in both August and September. August 10 and 17, the first two Disney After Hours Boo Bash dates sold out quickly and no tickets have been added for those dates since they first went on sale.

Depending on the date of your Boo Bash ticket, the special After Hours event will run from either 9 p.m. to 12 a.m. or 9:30 p.m. until 12:30 a.m. However, tickets to Boo Bash allow Guests to enter the Magic Kingdom theme park as early as 7 p.m. without an additional theme park ticket or reservation.

Disney After Hours Boo Bash will also have special character appearances, access to certain attractions, character cavalcades, treat trails, and more! If you would like to attend Boo Bash this Halloween but have not yet purchased your tickets, you can do so by clicking here and visiting the Walt Disney World Resort website.

Are you excited to be going to the Disney After Hours Boo Bash event at Disney World this Halloween? Let us know in the comments!

CLICK HERE to book your Halloween Disney vacation today with our friends at Academy Travel!

Comments Off on Only One October Date Left For Disney World’s Halloween Event!