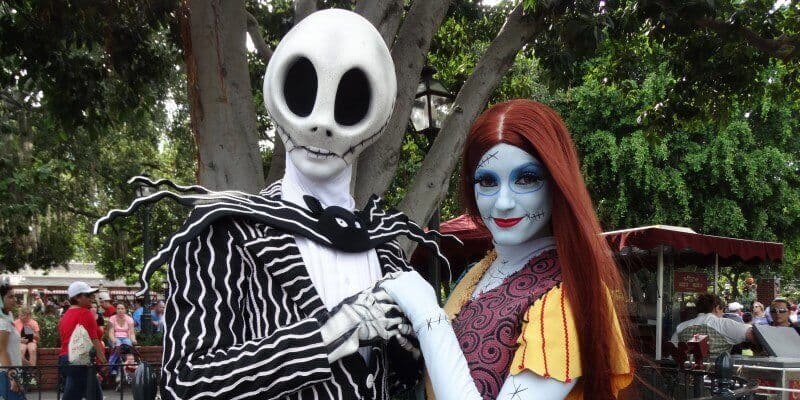 Are you ready for Halloween season? If so, we have some spooktacular news to share!

The Pumpkin King himself, Jack Skellington, and his spooky girlfriend, Sally, will once again greet Guests this Halloween season at Disneyland Park!

Per the Disneyland website, both Jack Skellington and Sally will be greeting Guests during the Halloween season at Disneyland Park. Beginning on September 3, fans of Tim Burton’s Nightmare Before Christmas should keep their eyes peeled as you may spot some of our favorite characters from the 1993 film.

Don’t be surprised if you bump into Disney Characters—including Mickey and Minnie Mouse—all decked out for tricks and treats.

“What’s this?” Why, it’s the Pumpkin King of Halloween Town from Tim Burton’s The Nightmare Before Christmas, here to transform a jolly holiday into a frightfully decorated occasion!

Stitched together piece by piece courtesy of Dr. Finkelstein, Jack’s friend, Sally, still has a mind all her own and feels completely whole with Jack by her side.

Please check the Disneyland app once you’re in the park for the most up-to-date appearance times.

It’s going to be a spooktacular season at Disneyland Park and Disney California Adventure!

Since Disneyland and Disney California Adventure reopened on April 30, 2021, characters have made appearances all throughout the theme parks, alllowing Guests to take photos with their favorite friends from a safe distance. Disney has not yet announced at this time when traditional character meet and greets (including autographs and even hugs, for example) will return to Disneyland Resort and Walt Disney World Resort, but we will update our website when more information is released.

Are you excited about Halloween season at Disneyland? Let us know in the comments below and if you want to be inside the theme park to say hi to Jack and Sally this fall, be sure to get in touch with an Authorized Disney Travel Planner!

Comments Off on Fan-Favorite Characters Are BACK to Greet Disney Guests This Halloween!