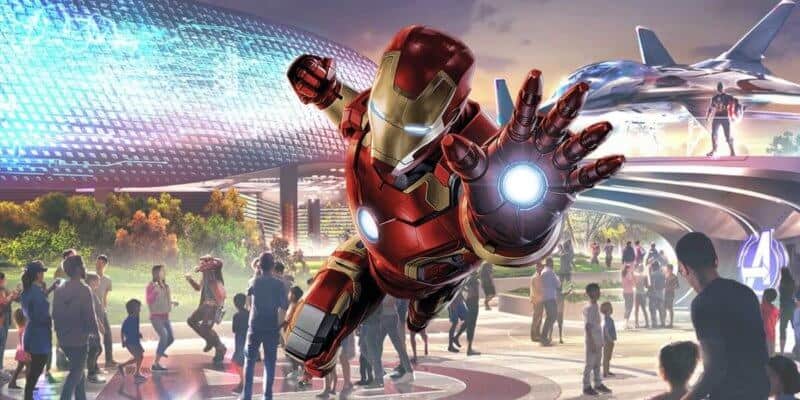 Due to the ongoing pandemic, construction was halted on several projects at the Disney Parks, but as we continue to move forward, and as construction resumes, the highly anticipated Iron Man-themed coaster at Disneyland Paris is beginning to take shape.

In March 2021, we shared a look at construction continuing on the show building theming for the Iron Man-themed coaster, and now, we are able to see the current status of the screen facade!

So far, all we know regarding the Iron Man-themed coaster is that it will be “a high-speed, hyper-kinetic adventure where Guests will team up with Iron Man and their favorite Avengers,” per Disney CEO Bob Chapek.

Inside the Magic has continued to update you regarding construction happening on the project, and now, thanks to DLP Report on Twitter, we can see the responsive screen facade beginning to take shape!

Another photo from DLP Report shows the newly added panels, which give a glimpse at what the design will look like:

The newly added panels give an idea of the design scale for the Iron Man Coaster facade: #WDS2

? The newly added panels give an idea of the design scale for the Iron Man Coaster facade: #WDS2 pic.twitter.com/FtKo9nuZ82

At this time, we, unfortunately, do not have an opening date for the upcoming Iron Man-themed coaster, but Inside the Magic will continue to update you as we get information regarding this highly anticipated project.

In the meantime, Guests can still soak up the magic and once again visit Disneyland Park, Walt Disney Studios Park, Disney’s Newport Bay Club Hotel, and Disney Village as they officially reopened last month! If you plan to visit Disneyland Paris in the near future, keep in mind that Guests must abide by the new safety protocols.