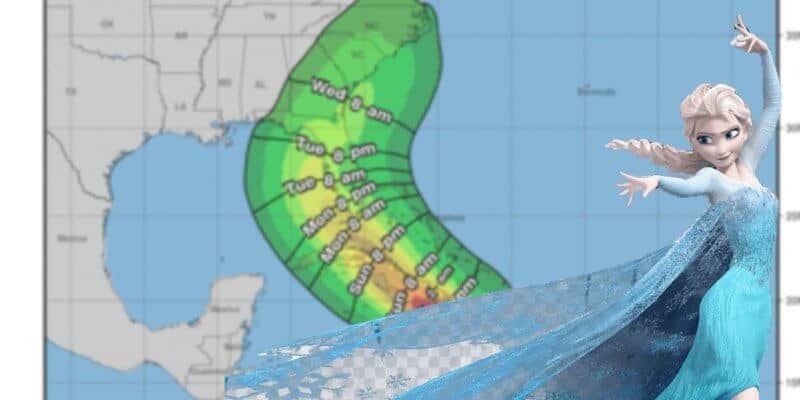 Hurricane Elsa is continuing to make her way towards Florida as the most recent projections have the storm shifting, making a more direct hit to Florida.

The good news is it seems the storm is weakening and Elsa should go back down to a tropical storm by the time it makes landfall.

Here are the 5 am AST Saturday, July 3 Key Messages for Hurricane #Elsa. Heavy rains could cause flash flooding across portions of the Greater Antilles during the next few days.

Here are the 5 am AST Saturday, July 3 Key Messages for Hurricane #Elsa. Heavy rains could cause flash flooding across portions of the Greater Antilles during the next few days.https://t.co/V1SS126AFz pic.twitter.com/4ibXzSOVhS

According to Orlando Sentinel, Hurricane Elsa is weakening some as it tears through the Caribbean, however, it is now expected to take a more direct path to Florida. The most recent projections have Hurricane Elsa near Key West by Tuesday as a tropical storm and then threatening to make landfall near Tampa.

Hurricane Elsa is expected to begin slowing its speed later Saturday as it moves over western Haiti, and then will shift more northwest on Sunday evening or early Monday, according to the National Hurricane Center.

It is important to keep in mind that even though Elsa is weakening at the moment, the storm does have an opportunity to restrengthen. Orlando Sentinel‘s report continued:

“The big question is will Elsa be interacting with the mountainous islands of Hispaniola and Cuba when the environmental winds become conducive for strengthening,” Cangliosi said. “If the cyclone manages to stay south of those islands, Elsa could have an opportunity to restrengthen. Conversely, if the storm tracks directly over the islands, weakening would very likely occur.”

The most recent projected path, which was posted Saturday morning, has the storm near the Florida Keys by 2 a.m. Tuesday and then moving up into the Gulf of Mexico, hugging the Florida coast so it passes Tampa by 2 a.m. Wednesday.

Models then show it turning to the northeast as it would pass across the Florida peninsula headed toward Gainesville and Jacksonville.

If you are traveling to Walt Disney World next week, please keep an eye on Hurricane Elsa as it could impact your vacation. Walt Disney World is more than likely monitoring Elsa as well and will make any necessary changes to its operations.

Inside the Magic will continue to update you as we get information regarding Hurricane Elsa.

Have you ever been to Disney World during a hurricane? Let us know in the comments below.