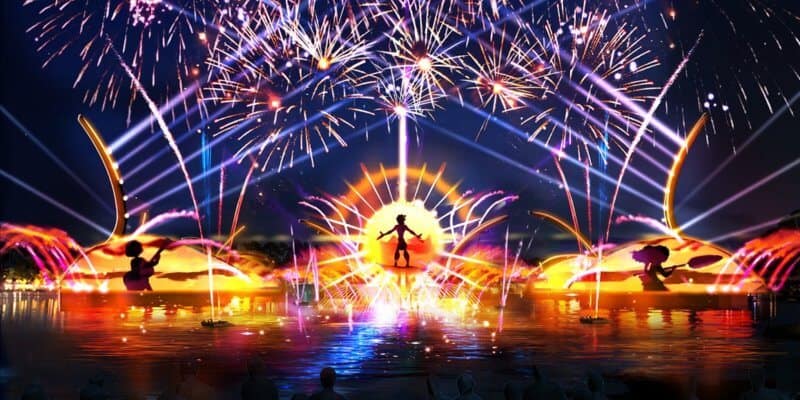 On October 1, Walt Disney World Resort will kick off its 18-month long 50 Anniversary Celebration — which will include decorations throughout all four theme parks, the opening of new attractions like Remy’s Ratatouille Adventure, and two amazing new nighttime shows. Disney Enchantment, a brand-new fireworks show will premiere at Disney’s Magic Kingdom Park, and Harmonious will make its debut at EPCOT.

If you are planning on seeing these incredible new shows make their Disney theme park debuts, the Walt Disney World Resort website now has the hours posted on its website. Here are the hours that are available so far.

Showtime for Disney Enchantment only runs through October 16 at this time.

For those who may not know too much about the Magic Kingdom’s new fireworks show, here is the official Disney description:

Harmonious will send your spirit soaring with fireworks, fountains, magnificent lighting, visual effects and multimedia magic. One of the largest nighttime spectaculars ever created for a Disney park, it’s a sensational way to cap off your day at The World’s Most Magical Celebration!

Prepare to be transported around the globe through stunning visuals and the musical magic of Disney songs—brought to life as never before.

In Harmonious, favorite tunes become even more memorable and moving, as they’re reimagined in over a dozen languages by a diverse ensemble of 240 artists from around the world.

The calendar for Harmonious also runs only through October 16 at this time, and the show will run nightly at 9:45 p.m.

It is always recommended that Guests find their theme park viewing spot for nighttime shows in advance, as space can quickly fill up. Guests visiting the Walt Disney Resort are always encouraged to check their My Disney Experience app for the most recent updates to the entertainment schedule while they are in the theme parks.

Will you be seeing Harmonious or Disney Enchantment when they premiere at Disney World in October? Let us know in the comments!

CLICK HERE to book your Disney World vacation with our friends at Academy Travel – an EarMarked Diamond travel agency, that can provide you with a free quote today!