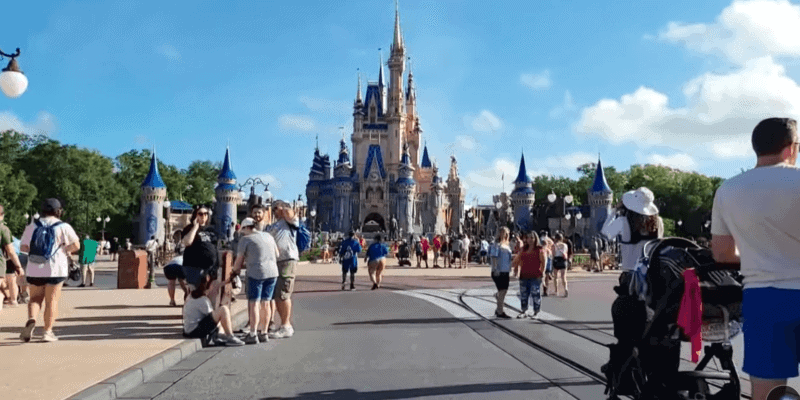 Disney World is always innovating to ensure Guests have the best experience possible, from within their theme parks to the land surrounding them. And sometimes, the state of Florida helps to keep that magic alive!

If you have ever been to Walt Disney World, you may have noticed a lot of congestion when it comes to entering the theme park. With thousands of Guests visiting each day, the many entryways can get pretty busy, especially with the ongoing traffic Orlando often has.

As we have previously reported, the ongoing “I-4Beyond the Ultimate” project will help ease a lot of the congestion around Disney World by reconfiguring I-4. The Crossroads, a shopping center across from the  535 entrance to Walt Disney World — was purchased by Florida for $198 million for the I-4 Ultimate project.

The plaza was home to Buffalo Wild Wings, Taco Bell, McDonald’s, Fuddruckers, Red Lobster, Flippers Pizza, to name a few. Those tenants have until August to vacate so that that land can be used as an Interstate 4 traffic reconfiguration.

It is now being reported that many of the local shops and eateries in that plaza have closed as the plaza prepares for construction.

Goodings, the grocery store that anchored the plaza, has already shut down. A sign states the store is “permanently closed.” T.G.I. Fridays is also closed and Buffalo Wild Wings is only offering take-out food. Many of the smaller shops have left. Perkins, which was here since the beginning, is still open. McDonald’s and Pizzeria Uno still survive.

I-4 is the most congested roadway in Orlando and serves as the main route for many to go to Disney World, which poses an issue for many who often get stuck in traffic. The 21-mile highway began making changes in 2015, “According to renderings from the FDOT, the SR 535 / I-4 interchange reconfiguration includes a direct route from the highway to Disney World with an exit looping over the old Crossroads plaza”.

Related: Disney Had Plans For A Drive-In At Hollywood Studios

Although it is sad to see these stores close, we hope that these changes allow Guests visiting Disney World in the future an easier commute into the Most Magical Place on Earth!

What do you think of the “Beyond the Ultimate” project? Let us know in the comments below.