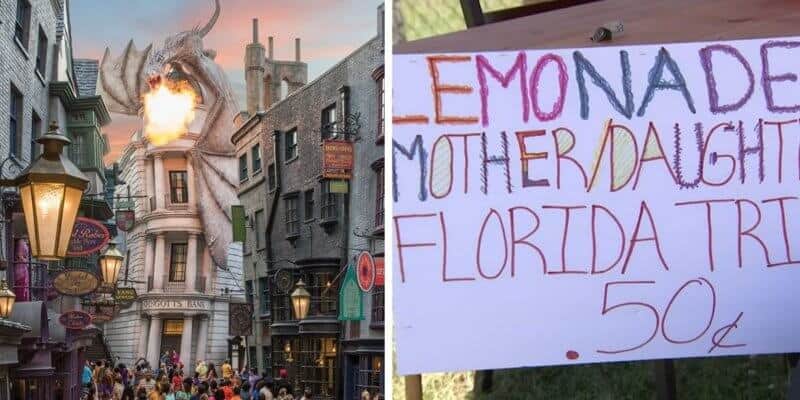 For many, planning a vacation to an Orlando theme park destination means having a monthly budget so that you can save up enough money to have that magical and adventure-filled vacation. Usually, it is the parents or adults doing the saving, but not always.

In Tulsa, young Declyn Beals has wanted to go to Universal Orlando Resort for quite some time as she is a massive Harry Potter fan, and of course, the Wizarding World of Harry Potter is the best place for Potter heads to spend their time and immerse themselves in the world of the books and film franchise.

Declyn’s family is planning a Florida vacation, but unfortunately, Universal is not on a budget for the family. Considering how expensive theme park tickets to Disney World and Universal can cost for a family, this is an issue many families often have to face. In the case of the Beals family, Kelli, Declyn’s mother, is currently battling a rare disease, and with all of her treatment costs, Universal was not in the cards or budget for them. Declyn asked her mom how much tickets would cost the whole family and was told $$1733.00.

Instead of being frightened by the number, she jumped to action. Declyn set up a lemonade stand and began raising money for her family to go to Universal Orlando Resort. With her community and the Tulsa Police Riverside Division supporting her goal, Declyn beat her goal and raised $2000.00!

Fox 23 News shared a video of Declyn which you can watch here!

We have seen instances of people coming together to support young Universal lovers in the past, such as the internet teaming up to help a mother pay off her 4-year-olds $2,000.00 SpongeBob popsicle Amazon order that he made!

Considering how detailed and perfect the Wizarding World of Harry Potter is, from Hogwarts to Diagon Alley, I, for one, am glad that a true Harry Potter fan like Declyn was able to make her dreams come true!

What do you think of this heart-warming story? Let us know in the comments below!