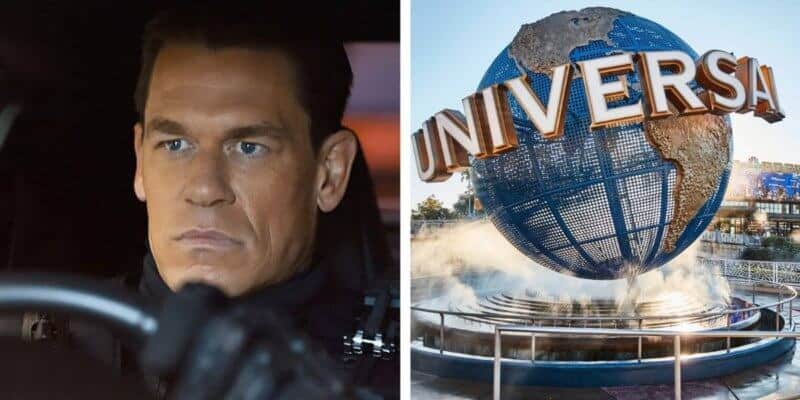 Universal Orlando Resort’s Twitter account is always on trend with the latest jokes and has no problem using its platform to crack jokes or call out Disney. Now, it seems that Universal is stepping into the WWE ring and wants some one on one time with John Cena.

John Cena is an incredibly popular WWE superstar who began his career in 1999 and has won 16 WWE Championships in his lifetime. Cena has also managed to launch a successful acting career — his credits include The Suicide Squad (2021), Ferdinand (2017), Daddy’s Home 2 (2017), and Trainwreck (2015).

Recently, Cena has been on Twitter following a variety of accounts who were following him.

Riottsquad4life (@mradamfenty619) Tweeted at the wrestler in hopes of a follow, just as many have done as of late.

Chaotic_Neutral (@urmeml0rd) noticed a lot of Disney accounts being followed by Cena on Twitter.

John Cena following *all* of Distwitter is something I did not have on my 2021 bingo card. Question is: can you even see him?

John Cena following *all* of Distwitter is something I did not have on my 2021 bingo card. Question is: can you even see him?

Considering John Cena just appeared in F9, the latest Fast and Furious movie, which is a Universal IP, of course, the Universal Orlando Resort (@UniversalORL) Twitter account had to step in.

But can @JohnCena see us?

But can @JohnCena see us? ?

It seems like Universal wants in on the John Cena “follow train” and decided to use one of his classic wrestling lines to catch his attention. Most people know John Cena for his famous tagline, “You can’t see me,” which is what he would tell his opponents in the ring. That tag line fits perfectly in this scenario, where Universal is wondering if Cena can see them enough to give the Twitter account a follow!

For now, we will have to wait and see if John Cena gives Universal a follow, but considering how liberal he has been as of late in terms of following various accounts, there is a good chance that they will get that follow back shortly.

Have you tried to get John Cena to follow you on Twitter today? Let us know in the comments below!