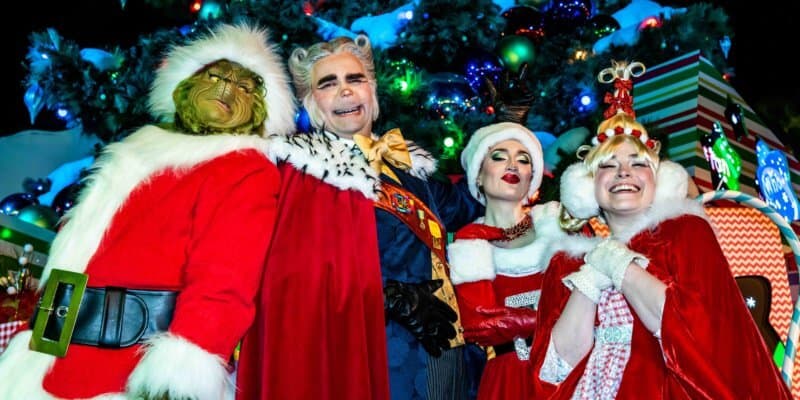 It may be hard to believe, but we are almost halfway to Christmas! A lot of work goes into preparing for the massive merry celebrations that happen at theme parks throughout the country. The Universal Orlando Resort is one of those theme parks, and it is beginning to take some big steps in the festive production.

Universal Studios Orlando is currently on the search for numerous actors and singers to perform in their annual Grinchmas celebration. The Universal Orlando Auditions site posted just what they would like in candidates who would like to apply.

All Musical Theater Performer submissions must include:

In addition to musical theater performers, Universal Orlando is also looking for actors who would love to portray the big green guy himself, the Grinch. Here is what is required of actors who think they may fit the role:

Seeking candidates to portray the roles of The Grinch.

Candidates must be 5’10” – 6’2” in height, slender to medium build. All submissions must include:

·Video link – One-minute monologue portraying the character of The Grinch.

Universal Orlando says that candidates must be available from October — when rehearsals begin — through the beginning of January — when the final Grinchmas performances take place.

Even though holidays at the Universal Orlando Resort, including Grinchmas, happened last year, things were a bit different due to the pandemic. Limits were put on the number of Guests who could attend, and crowds were socially distanced with mandatory mask-wearing. This year, there are no pandemic-era restrictions in place at the theme park.

If your dream has been to be a resident of Whoville and think that you would be perfect for one of these roles, you can visit the Universal Orlando Auditions page by clicking here.

Universal Orlando Resort has not announced its dates for holidays at the theme park at this time. Inside the Magic will keep readers informed as more information is released.

Will you be auditioning for an exciting role in Universal Orlando’s Grinchmas production? Let us know in the comments!

CLICK HERE to get started booking your Universal Studios vacation with our friends at Academy Travel today!

Comments Off on Universal Is Looking For Whos Like You For Grinchmas!