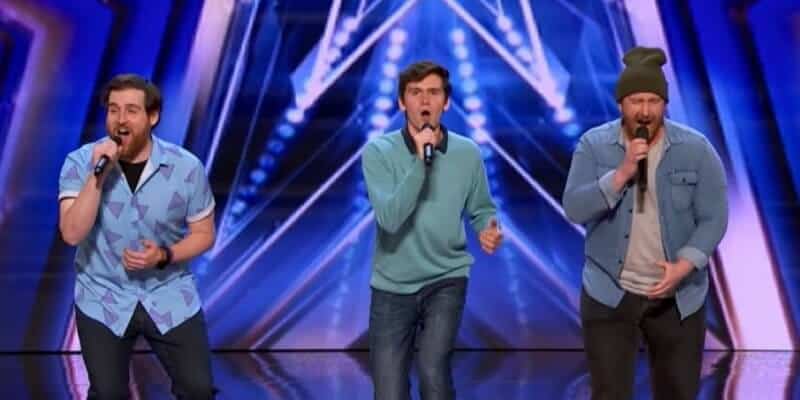 Actress and singer-songwriter Idina Menzel is pretty well known. Her role as Elsa from Disney’s Frozen is by far one of Disney’s most beloved characters, inspiring acceptance, and self-love. Elsa’s iconic tune “Into the Unknown” which received an Academy Award for the best original song has been an anthem for Disney fans.

With 47 international versions including a pop-rock Panic! at the Disco version, this Disney song has become a worldwide sensation. Recently on America’s Got Talent, the judges were introduced by a vocal trio called T.3 that shocked the audience with their intense rendition of “Into the Unknown.”

Liam, Brendan, and Jim from New York City, better known as T.3, shared with the judges that they have worked together as a vocal trio for over a year and have been practicing many songs each week under a staircase. Being on stage on America’s Got Talent will actually be the first time they have ever performed on stage and in front of a live audience.

Check out the video below as they shock everyone with impressive harmony and high notes and receive a standing ovation that leaves them speechless!

Viewers will have to wait until Tuesday to find out if they make it through to the next round on America’s Got Talent.

America’s Got Talent isn’t the only place you can spot these talented singers. NBC New York which features New York Live T.V. showcased T.3 along with other Broadway best actors and singers.  Every Thursday on Twitter, T.3 shares new compilations and videos including many Disney songs we all know and love.

when someone walks in on you singing #Reflection from
@DisneysMulan

Check out more Disney tunes including “Can You Feel The Love Tonight” from Disney’s The Lion King and “Be Our Guest” from Disney’s Beauty and the Beast. Hopefully, if they make it to the next round of America’s Got Talent, we can hear more Disney classics from this amazing group!

What do you think of T.3 version of “Into the Unknown” from Disney’s Frozen? Let us know your thoughts in the comments below!

Comments Off on Watch a Mind-Blowing ‘Into the Unknown’ Performance!