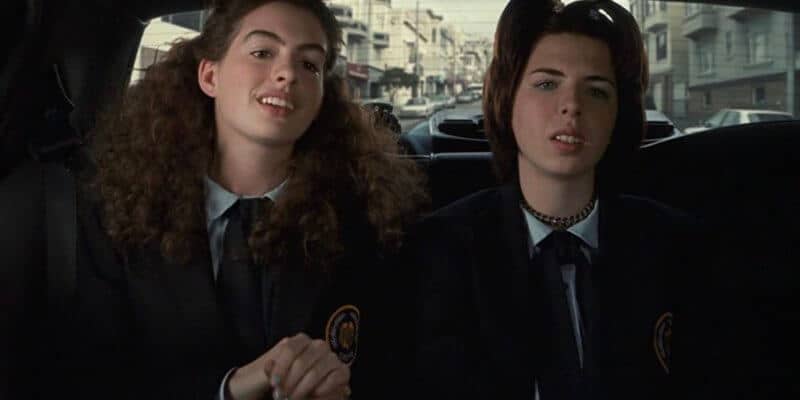 It has been over 15 years since Princess Diaries fans have seen the land of Genovia grace the big screen. The second Princess Diaries film debuted in 2004, with Anne Hathaway’s Mia Thermopolis leading the way. The franchise made Hathaway a Hollywood superstar, but what about her on-screen best friend, Lilly?

What has actress Heather Matarazzo got to say about her time in Genovia?

Related: Anne Hathaway confirms “The Princess Diaries 3” is in the works

Thank goodness, we no longer have to wonder about Lilly’s fate. Matarazzo has taken to her personal TikTok account to answer fan questions about what it was like to play Princess Mia’s best friend. Matarazzo was posed with a question from a fan asking about her opinion when it comes to her character then versus now. This is apparently a question she’s asked quite often. She compared her teenage self to her character, saying:

“The opinions and feelings I had when I was a teenager, are not the same feelings and opinions that I have as an adult.”

She then went into what exactly she loves about her character, Lilly Moscovitch:

“The thing that I love about Lilly is that she was self aware enough to recognize when she was in the wrong, which is not something I can say for many adults. She very clearly said that she needed an attitude adjustment”

She then described how her character felt afraid that she might lose her best friend. Matarazzo also realized over the years that some of the things her character said might have been a little “cringe-worthy”.

Related: Royal Update: What We Know About ‘The Princess Diaries 3’

She concluded her answer by talking about hope and growth not only for herself but for her character, Lilly. Matarazzo does not know if there will be a third installment of the Princess Diaries franchise, but if there is, she would love to be involved. She truly believes, and I’m sure many fans agree, that, “There’s no Mia without Lilly”.

We agree as well!

Do you think there should be a Princess Diaries 3? And do you think Heather’s character, Lilly, should be involved? Let us know in the comments!