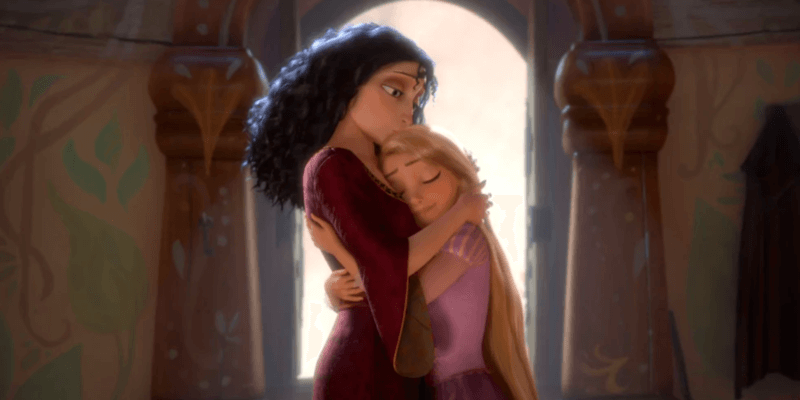 Mother Gothel clearly made a name for herself ever since she first appeared in Disney’s 2010 animated film, Tangled. She infamously kidnapped Corona’s princess, Rapunzel, just so that she could use Rapunzel’s magical hair to stay young forever.

Gothel was able to get away with this selfish act for nearly 18 years as she told Rapunzel lie after lie. In the film, we see her pretend to be Rapunzel’s “loving and protective” mother, and even prohibit her from leaving her tower, telling her that the outside world is extremely dangerous.

Well, Mother Gothel may have been able to get away with it for even longer if she didn’t just make this one small mistake.

In the film, we see Gothel lie to Rapunzel time and time again — about who Rapunzel’s real mom is (she convinces Rapunzel that she is, in fact, her mother), why she must stay locked in the tower, what the world is truly filled with, and more.

But the one thing that Mother Gothel didn’t lie about (that she should have) was Rapunzel’s birthday.

Mother Gothel told Rapunzel that her birthday was, well, her real birthday. This eventually led Rapunzel to realize that she was, in fact, the lost princess and unraveled all of Gothel’s lies. However, some believe that if Gothel told Rapunzel that her birthday was in a different month, or even just a few days earlier, Rapunzel may not have drawn the connection between the lanterns and her own birthday and may have never realized that she was the lost princess.

It seems as though Mother Gothel wasn’t as smart as she thought. One small mistake cost her staying young forever.

In case you have never seen the movie, Tangled’s official description reads:

You can stream Tangled on Disney+. If you are not yet signed up for the streaming service, you can get started here.

Have you ever thought about this? Do you think if Mother Gothel told Rapunzel she had a different birthday, then maybe she could have gotten away with her crimes? Let us know in the comments below.

Comments Off on Mother Gothel Made One Crucial Mistake in ‘Tangled’