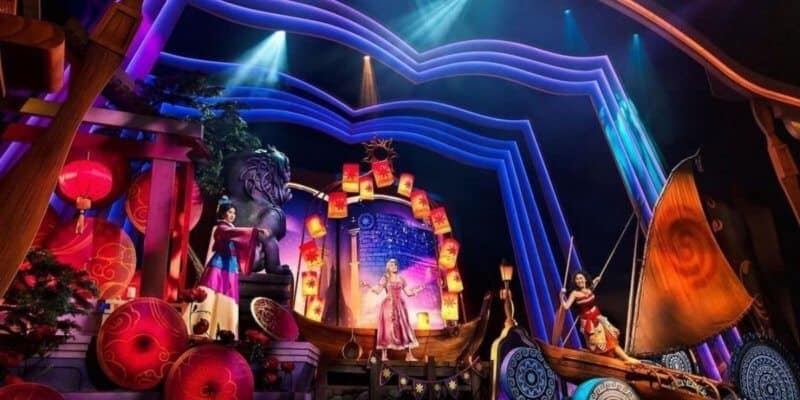 Disney Parks around the world are making a huge comeback. Due to the ongoing worldwide pandemic, much of the live entertainment at Disney Parks globally were put on hold.

This year we have seen a positive change with many Cast Members returning to work and allowing Disney to operate more efficiently including introducing a brand new live theatrical show coming this month!

Since last year, Shanghai Disneyland was able to bring back many shows with the park’s standard social distancing protocols and guidelines set in place.

Today, Shanghai Disneyland on Instagram shared they are introducing a new entertainment show called Mickey’s Storybook Adventure that will debut at the Walt Disney Grand Theatre on June 15. This show will include different musical production moments and meet with characters from various Disney films such as Frozen, Zootopia, Mulan, Moana, and more.

Surprise! Mickey’s Storybook Adventure, an incredible new in-park, live theatrical, Broadway-caliber show, is coming to The Walt Disney Grand Theatre! Set to publicly open to all Shanghai Disneyland guests on June 16th, this new production follows Mickey Mouse, Goofy and Olaf as they set off on an exciting adventure to return Olaf to his section of a magical storybook that brings beloved Disney characters and stories to life!

Although Shanghai Disneyland Resort’s official website does not include the following information yet, many other parades and entertainment shows with showtimes are announced including Frozen: A Sing-Along Celebration, Avengers Training Initiative, Mickey’s Storybook Express, and even a new and impressive firework show called ILLUMINATE! A Nighttime Celebration.

What live shows and entertainment do you miss in your favorite Disney Park? Let us know in the comments below!

Need some help planning your next Disney adventure? Whether you’re planning a visit to Disneyland, Walt Disney World, or even Shanghai Disneyland Resort, Academy Travel can be your guide to the best Disney vacation yet and are EarMarked Diamond!

Comments Off on New! Mickey’s Storybook Adventure Debuts This Month