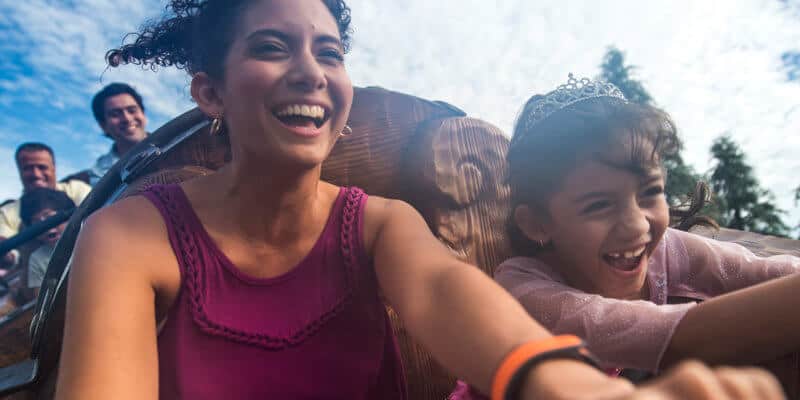 Planning a vacation to Walt Disney World soon and haven’t been since before the pandemic hit last year? Well, a lot has changed since then.

This year, Disney announced they created a new way to spread Disney magic in Walt Disney World with a new contactless way to enjoy the parks, called MagicMobile. Back in March, Disney Guests began using their mobile device as an access key to the Disney World theme parks and linking their Disney Photopass but after a lot of trial and error, many Disney fans are suggesting that if you’re planning to come to visit Walt Disney World soon, you may want to bring your MagicBand and here’s why.

A ton of Disney fans rely on the feedback of other recent Disney goers while planning their next Disney vacation. Since Walt Disney World is such an enormous Resort and with so many changes happening over the last few years, it’s best to get advice before heading to the parks.

As one Disney and Reddit fan is preparing for a trip to Disney World next month, they asked for honest reviews of the new MagicMobile application and wanted to know if bringing the MagicBand as a backup was a smart idea.

Some Disney fans responded by saying even though MagicMobile is fun to use and convenient, there are some glitches that Disney should focus on fixing like unlocking your hotel room. By strapping your waterproof MagicBand on your wrist, it eliminated carrying around a room key and became one of Disney’s greatest inventions yet.

Although Disney did announce that the My Disney Experience app does provide Guests to unlock their hotel door, one Guests stated it was the only issue that arose.

The only thing it didn’t work with for me was unlocking the hotel room. Everything else worked awesome, even without unlocking the phone/watch.

Another Disney fan on Reddit shared using the MagicMobile has had major issues while heading to the parks as @yensid28 stated,

This also could be due to your mobile provider and not the Disney MagicMobile app as @Diseased_Raccoon on Reddit states,

I tried it and had pretty constant issues with it (probably because sprint/tmobile absolutely blows). I’d definitely at least have a magic band with you as a backup at all times.

As a reminder, Disney MagicMobile is new, and we suspect that Disney is currently working out the kinks. If you are not already aware, MagicMobile was only available for iPhone users back in March but is now available for Android.

After hearing many reviews, having your MagicBand as a second choice could be the best idea when tackling a Disney World trip for added convenience but keep in mind, it is no longer a complementary feature when checking in to your Disney Resort. Guests must purchase a Disney MagicBand at any Disney store connected to their Disney Resort, in Disney Springs at the World of Disney or Disney theme park.

Are you having issues with MagicMobile in Walt Disney World? Let us know in the comments below!