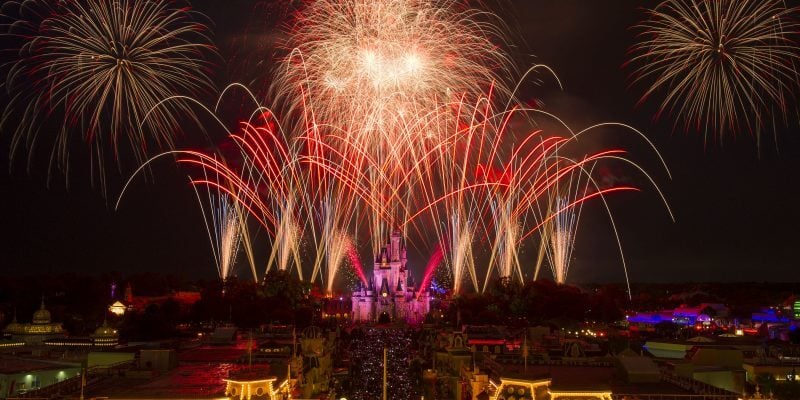 It seems that Disney is already taking a deep dive into prepping for this new fireworks show by filing permits for construction to begin behind the theme park.

It looks like the construction will occur in the area where Disney has its fireworks launch pad used in previous fireworks shows including Wishes and Happily Ever After. According to the permit, it appears that Disney will be performing work in order to upgrade the current launch points and perhaps even add more around the perimeter of the Park.

In celebration of Disney World’s 50th anniversary, Disney Enchantment will premiere on October 1, and celebrate the magic that is found at Disney. Disney Parks Blog shared what Guests can expect from the gorgeous new show.

Created to launch with “The World’s Most Magical Celebration,” this evening extravaganza will take you on a journey filled with adventure, wonder and empowerment. Inspiring everyone to believe in magic, “Disney Enchantment” will feature music, enhanced lighting, stunning fireworks and, for the first time, immersive projection effects that extend from Cinderella Castle down Main Street, U.S.A.

For Guests who will be visiting Walt Disney World prior to October 1, they will have the chance to see Happily Ever After will once again be showing at the Magic Kingdom on July 1. Happily Ever After was the nightly show at the theme park before the shutdown.

For those who have not been able to experience Happily Ever After, Disney World’s website describes the nighttime show as:

It is unclear as to when the work will start on these potentially new fireworks launchpads or how long the construction work will last. However, since fireworks shows are returning in just a couple of weeks, it seems that any construction Disney may do in preparation for Disney Enchantment will not interfere with the show in place.

Are Disney fireworks shows one of your must-do Disney experiences? Let us know in the comments!