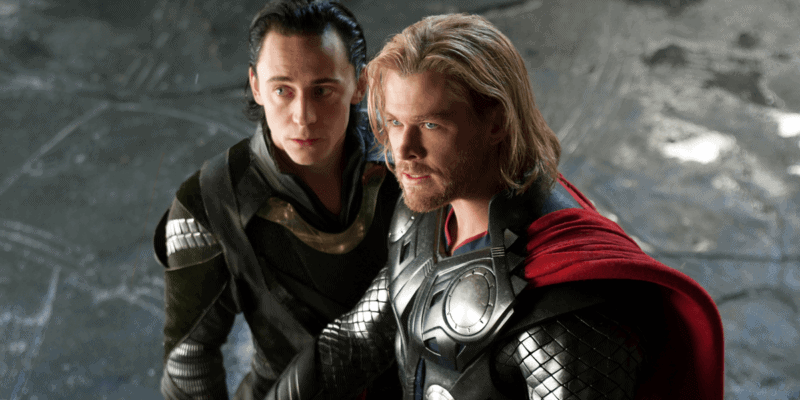 Disney owns the rights to a lot of content right now. And we mean A LOT. Disney not only owns Marvel, Pixar, and Lucasfilm, but they also bought 20th Century Fox in 2019, so they now own the rights to all films and television shows made by Fox as well. Disney doesn’t want anyone else profiting off of their material, and that has led to some pretty interesting trademark disputes.

The problem with Disney’s trademark disputes is that fans believe Disney is trying to trademark property that is in the public domain — meaning everyone has the right to use the material. Most recently, coinciding with an investigation involving an artist and Redbubble, Disney fans fear that Disney is trying to trademark the rights to the Norse god Loki. Those fans have even started a petition to stop Disney from being able to trademark the Norse gods, and it has an astounding number of signatures.

The petition is found on Change.org and is titled: Stop Disney Trademarking The Names Of Norse Gods. The petition was only started on June 22 and already has almost 130,000 signatures. The petition argues that Disney has no right to trademark material related to the gods and reads:

Recently, creators have been targeted by Disney for the use of Norse Gods in their products. Names such as Loki, Thor, Odin, Frigga, Heimdall, Sif…

Whether this targeting was due to a particular typeface is unclear, however, it is a slippery slope before they target the pantheon. With many creators within our community using the names of the gods in their online screen-names, it may only be a matter of time before your favourite creator is silenced due to fear of copyright claims.

Please sign this petition so we can make our voices heard by Disney – so we can continue to use the names of our gods without fear of being taken to court and so that they have a sharp reminder of who is paying to watch their shows and movies, and that is wrong to alienate a large community for financial gain.

The petition seems to have started after Twitter user @YourBoswell shared that some merchandise that he was trying to sell on Redbubble that referenced Disney’s newest hit series, Loki, was taken down and his sales suspended.

As reported by Distractify, the shirt was posted on Redbubble and had to be taken down because they said that the design was a trademark infringement.

A representative at Disney informed Inside the Magic that Redbubble chooses on its own what merchandise it believes may be committing copyright infringement, and the site conducts its own investigation. The merchandise was found to have not violated any copyright claims and was reinstated on the site.

Do you think Disney is trying to trademark material that is not theirs? Let us know in the comments!

Comments Off on Fans Petition Disney To Not Trademark Gods