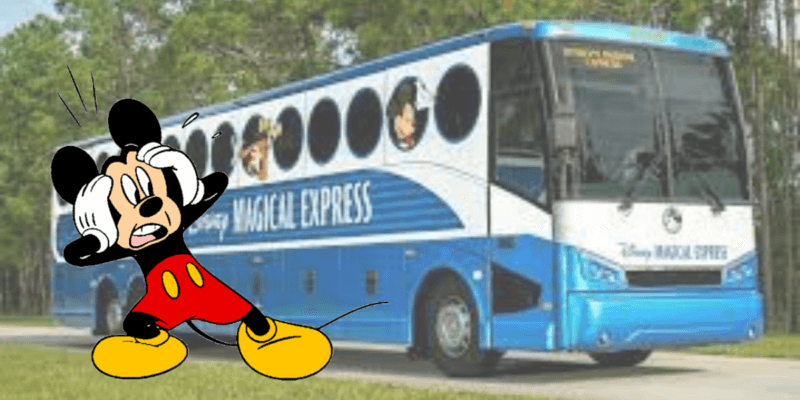 What’s the craziest thing you’ve ever heard about on a Disney vacation?

While Cast Members have no doubt heard just about every story on the planet, the story we heard today just about tops it. A poor family expected Disney’s Magical Express service at Walt Disney World Resort to deliver their luggage to their room…but when Cast Members tried to track down the suitcases and bags, they finally figured out that the Guest had botched everything…

Disney fan Evan Snead posted on his TikTok a query asking other Cast Members about the wildest/dumbest thing they were asked about while working for Disney Parks and Resorts. He then shuffled through a handful of silly questions, but he adamantly loves the questions and like the awesome Cast Member he is, answers each one.

In response, with a TikTok Stitch, former Disney Cast Member @bcros0 eagerly answered, mentioning that she had been waiting a long time to tell this story. Now was clearly the perfect time to let it fly.

I have been waiting for this one. I worked for DW as a CP in bell services so at one of the resorts and I once had a guest come up to me who had been checked in for hours at that point and they still hadn’t received their luggage to the room.  And they were using Disney’s Magical Express Service.  We were trying to track down their luggage and we couldn’t find it anywhere in our system. So we finally asked the Guest where they left their luggage.

They told us they had left the luggage on the front porch of their home because they thought the service was magical and that they would come to pick it up and come take it to their room. As if there’s a magical bus that goes around all over the world and just picks up people’s luggage and sends it to Disney World. Because they [the bus drivers] are just supposed to know, I guess.  That’s a 100% true story.

Her face really lets you know this story is true to its core, because the truth is stranger than fiction, in this case! What @bcros0 doesn’t tell us is what the family did to recover their vacation supplies or if they had to go on a shopping spree! In a follow-up to her original TikTok, she shares that she doesn’t fully remember what happened. So we may never know…

If you are getting ready to visit Walt Disney World, please check with your travel agent (like the professionals at Academy Travel) on your dates, as Disney’s Magical Express will come to an end at the close of 2021. When 2022 arrives, there looks to be a similar replacement service on its way.

What’s the wildest Disney Guest story you’ve ever heard? Have you ever left your luggage at home? Leave us a comment below!