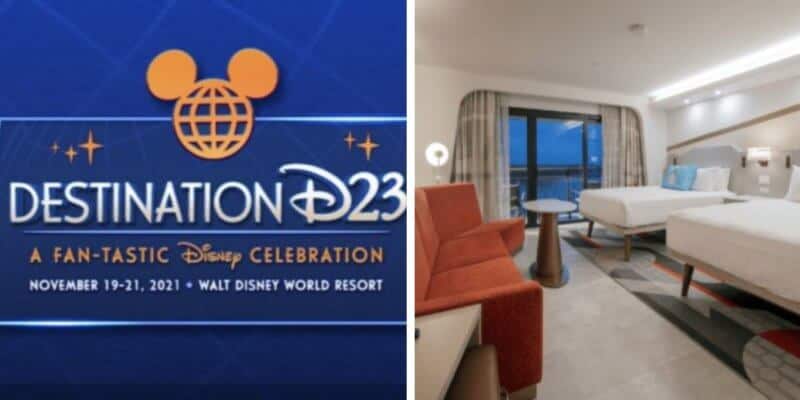 As Walt Disney World returns to a state of normalcy, more events are returning to the theme parks!

Considering Disney just released visuals of The Incredibles reimagining at Disney’s Contemporary Resort, many Disney fans will surely want to be a Guest at the event. Please note that tickets for the event and room stays are separate purchases!

Join D23: The Official Disney Fan Club as we celebrate 50 years of the Walt Disney World Resort and more! Be the first to hear exciting announcements and see sneak peaks from the many worlds of Disney—and relive your favorite memories with behind-the-scenes stories, special guests, and so much more at this fan-favorite event!

Become a D23 Gold Member to purchase tickets when they go on sale in July.

JUST ANNOUNCED: Celebrate 50 years of @WaltDisneyWorld and more at #DestinationD23, the biggest Disney fan event of the year, November 19-21. More information and tickets on sale in July: https://bit.ly/3gUst9m #D23CelebratesWDW

JUST ANNOUNCED: Celebrate 50 years of @WaltDisneyWorld and more at #DestinationD23, the biggest Disney fan event of the year, November 19-21. More information and tickets on sale in July: https://t.co/6AQlx1atoQ #D23CelebratesWDW pic.twitter.com/YrV3gxszJ6

With the 50th anniversary beginning on October 1, many Disney fans will want to be in town this year to celebrate, and now, they can do so while coordinating their trip with this massive fan event. You can enjoy Magic Kingdom, Disney’s Animal Kingdom, Disney’s Hollywood Studios, and EPCOT on your vacation and then join Disney in the ultimate fan celebration.

With D23 Expo moving to 2022, this will be a great celebration for Disney fans this year!

Do you plan on attending the Destination D23 event this November? Let us know in the comments below!

If you want to attend the event and plan it with a Disney vacation, we can help! Enjoy the theme parks and all of the 50th anniversary celebrations such as Disney’s Enchantment, Magic Kingdom’s new nighttime spectacular, and then spend three days at the event! Sounds perfect, right? Click here to get the magic started today!