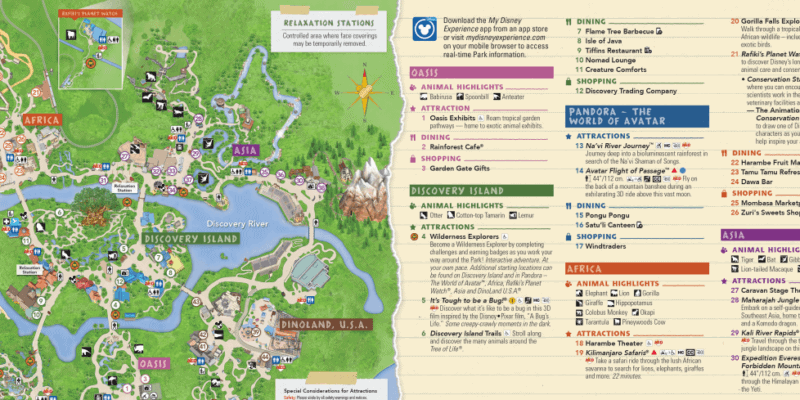 Disney’s Animal Kingdom is one of Walt Disney World’s most beloved parks. With many exotic and fun-filled attractions such as Kilimajaro Safari and Kali River Rapids, many Guests feel as if they just walked out of Orlando and into the jungle.

Unfortunately, this might not be the case this morning as many Guests are reporting a power outage, causing many of Disney’s Animal Kingdom attractions to temporarily shut down.

This morning at promptly 9:30 a.m. after reviewing the My Disney Experience App, many of these rides including DINOSAUR, Navi River Journey, and Expedition Everest have been marked temporarily closed.

As of now, we are unclear what has caused the power outage, as many are reporting that Disney is trying to reset the power. Recently we mentioned the same issue that happened not too long ago in Disney’s Animal Kingdom with most of its attractions down for a period of time.

@Plum12345 stated on a subreddit dedicated to all things Walt Disney World that the power in Disney’s Animal Kingdom flickered for only a second, but has caused many of the attractions to close for over an hour.

The power flickered at AK for less than a second an hour ago and all the rides are still down. from WaltDisneyWorld

Keep in mind, if you are ever faced with an unfortunate issue like this one while visiting Disney’s Animal Kingdom, there are plenty of activities you can still enjoy. Want to know how to maximize your day while waiting for your favorite attraction to reopen?

Check out the Tree of Life! Did you know that Discovery Island has pathways that lead to the Tree of Life, where you can examine over 300 animals carved on the tree and even spot a hidden mickey? Along these paths is an oasis filled with live animals that you can interact with and learn about.

Be sure to also check showtimes for Animal Encounters: Winged Encounters – The Kingdom Takes Flight where Guests meet six species of South American macaws and watch as they take flight over the Tree of Life.

Check back with Inside the Magic as we fill you in with more information regarding this event.

Have you ever experienced a power outage at Disney World? Let us know in the comments!

Planning a visit to Walt Disney World soon and need help planning your entire vacation? Let our friends at Academy Travel take over for you! They are EarMarked Diamond! Click the link for more information!