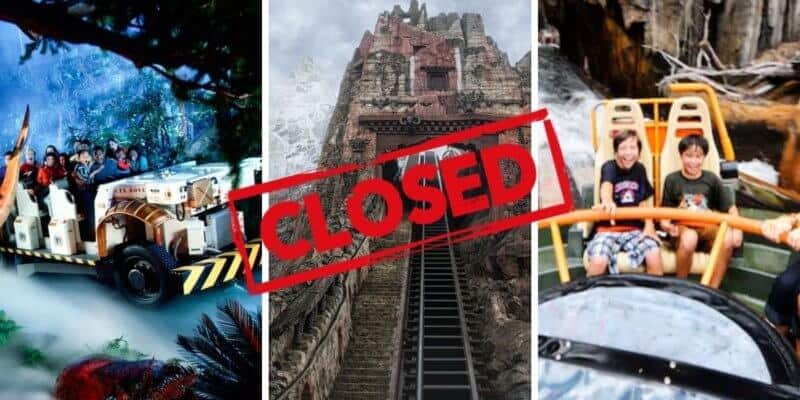 Animal Kingdom is home to several unique attractions that give Guests one-of-a-kind experiences. For example, where else can you travel back in time to “go get that dino”? Or travel into Mount Everest and come face to face with a yeti? And don’t forget that you can hop on the back of a banshee in Pandora — The World of Avatar.

However, if you were visiting Disney’s Animal Kingdom on June 5, you may have noticed that several of the attractions were experiencing technical difficulties and prolonged downtime.

According to the My Disney Experience app, Dinosaur, Expedition Everest, It’s Tough to be a Bug, and Kali River Rapids were all listed as temporarily closed for a majority of the day.

You can see this in the screenshot below, taken at approximately 12:43 p.m. the afternoon of June 5.

Related: How to Avoid Crowds at Disney’s Animal Kingdom

The good news is that the following day, June 6, these attractions were back up and running, which you can see reflected in the screenshot below taken at approximately 8:28 a.m. — Just a half hour after park opening.

At this time we are unsure of what the cause of these closures were. As always, be sure to check with a nearby Cast Member or the My Disney Experience app for the most up-to-date information.

If you have never had the chance to visit Disney’s Animal Kingdom, the Walt Disney World website describes this theme park as:

Disney’s Animal Kingdom park is a Walt Disney World theme park with daily and nightly attractions and experiences, including Pandora – The World of Avatar.

While visiting, you can check out several different rides including Dinosaur, Expedition Everest, Avatar Flight of Passage, Na’vi River Journey, It’s Tough to be a Bug, and more.

Are you visiting Disney’s Animal Kingdom today? Let us know in the comments below.

This article has been updated since its original publiction.