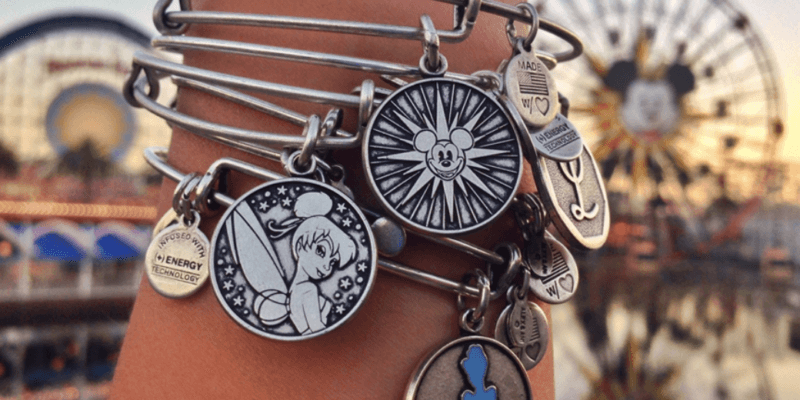 Popular bracelet company Alex and Ani has filed for bankruptcy. This potentially puts the future of their collaboration with The Walt Disney Company — which included Disney, Star Wars, and Marvel bracelets — in jeopardy.

According to a report from The Providence Journal, the Rhode Island-based jewelry company has filed for Chapter 11 bankruptcy:

The company, which had been mired in sales slumps, lawsuits and internal conflict, said it will continue to operate while working with creditors and restructuring during the bankruptcy proceedings.

“In 2020, COVID-19 forced the company to pause its key strategic growth initiatives, temporarily close stores and scale back its operations in light of reduced in-store customer demand,” Robert Trabucco, Alex and Ani’s chief restructuring officer, said in a statement. “By utilizing the Chapter 11 process, we are able to ensure an expedited and orderly right-sizing of our balance sheet and operations.”

Related: This ‘Star Wars’ Fine Jewelry Line Is From Another Galaxy

At this time, Alex and Ani is controlled by a British private equity firm and has an estimated $100 million to $500 million in debts.

Currently, the company reportedly does not plan to close any of their dozens of store locations or shut down their retail website. However, it is important to note that closures and other changes may be coming as the bankruptcy proceedings progress.

A case filed under chapter 11 of the United States Bankruptcy Code is frequently referred to as a “reorganization” bankruptcy. Usually, the debtor remains “in possession,” has the powers and duties of a trustee, may continue to operate its business, and may, with court approval, borrow new money. A plan of reorganization is proposed, creditors whose rights are affected may vote on the plan, and the plan may be confirmed by the court if it gets the required votes and satisfies certain legal requirements.

At this time, neither Disney nor Alex and Ani has issued a statement specifically regarding the brand’s Disney, Star Wars, and Marvel jewelry collections. Since Alex and Ani — named after the founders’ two daughters — began in 2004, the company’s unique bracelets skyrocketed in popularity, leading to a number of collaborations, such as those with Disney’s various brands.

This rapid expansion, however, seemingly led to the company’s fast fall, exacerbated by the pandemic. Alex and Ani was known for releasing dozens of new Disney, Star Wars, and Marvel bracelets every year and, given the nature of Chapter 11 bankruptcy, it seems unlikely that releases will continue at their previous rate following the company’s restructuring.

If Alex and Ani does find a restructuring plan that satisfies both the company and its creditors, there are several possibilities for their Disney bracelet line. First, releases could continue at a slower rate, with fewer designs each year. Secondarily, Alex and Ani could focus on their own designs and drop collaborations, such as their Disney licensing agreement.

Finally, Alex and Ani could ultimately go under, which would, of course, mean that no more of their bangle styles would hit the market.

Again, at this time, Alex and Ani has not confirmed details about the company’s future. Its website and social media channels are still currently live and no plans for any store closures or production delays have been made public.

Alex and Ani’s official description of their jewelry reads:

We care about what is in our jewelry as much as we care about what is NOT in our jewelry. We use recycled materials when crafting our products. Working closely with manufacturers in our home state, Rhode Island, means that we can keep a close eye on the quality of our products. Our metals are carefully crafted with safe materials and eco-friendly fabrication, a.k.a., they’re all nickel-free and pass the highest level of testing in the U.S., the country where all ALEX AND ANI jewelry is made.

Are you an Alex and Ani fan? Do you hope the company continues making Disney bracelets and selling them?