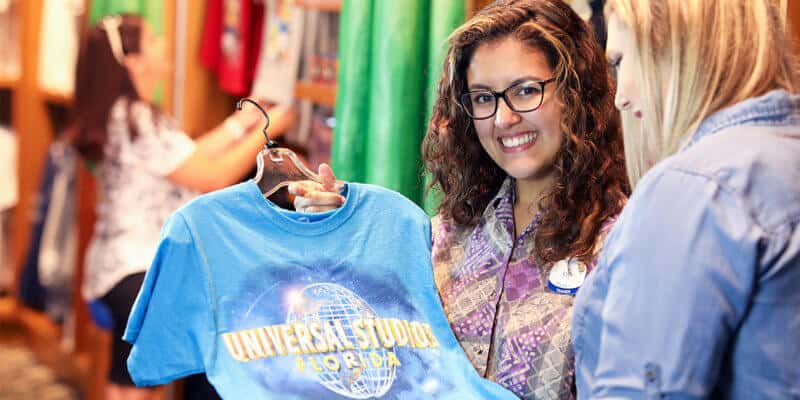 If there is one thing that can make the Universal Orlando theme park experience a much more heightened and memorable one, it is Team Members. Team Members have the ability to create individualized moments for Guests to bring them into the adventure and immersion of the parks, which we have seen them do time and time again.

In 2019, Tom Williams, Chairman, and CEO of Universal Parks & Resorts announced the company would raise its minimum base rate of pay to $15 per hour. Williams noted:

“I am a strong believer in the concept and have been for years that if we take care of our team members they will take care of our guests. And if we do so, we’ll make a fair and reasonable profit that will allow us to reinvest in our community and so that’s what we’re gonna do. We care deeply about our Team Members…And so by the time of park opening (of Universal’s Epic Universe), our minimum base rate start of pay will be $15 per hour and will go up from there. No one is twisting our arms to do this. This is what we believe is appropriate and what we want to do.”

What Williams did not know at that time was that the world would experience a pandemic that would greatly affect Universal Orlando Resort and the building of Epic Universe, which was once predicted to open in 2023. That being said, it seems that now Universal has decided to adjust the timeline for raising the minimum pay by moving it up far earlier than 2023.

Team Members are now being emailed with confirmation that their minimum starting hourly wage will be $15.00, which is much higher than the state’s minimum of $8.65 per hour and $2.00 more than the previous minimum at Universal Orlando Resort. This will match the starting hourly wage Disney World will offer to their unionized Cast Members at of October 2021. As a note, Disney World’s union Cast Members only staff around half of the theme park resort.

Reporter Ashley Carter (@AshleyLCarter1) shared the news on Twitter, confirming that the new minimum wage for Universal Orlando Team Members will go into effect on June 27.

JUST IN: Universal Orlando is increasing its starting base pay for team members to $15 an hour effective June 27, according to an email Universal Orlando president Bill Davis sent to employees. pic.twitter.com/IR0xKnKKDb

Jeremy McNaughton (@JeremyMcNaughty) was also excited by the news stating:

UOTM’s are getting well deserved raises next month. Love working for a company that takes care of us Blue heart

UOTM’s are getting well deserved raises next month. Love working for a company that takes care of us ?

Universal raising the minimum to $15 in about a month. Wow, going to be huge for the CFL economy.

Universal raising the minimum to $15 in about a month. Wow, going to be huge for the CFL economy.

What do you think of the new wage increase for Universal Team Members?