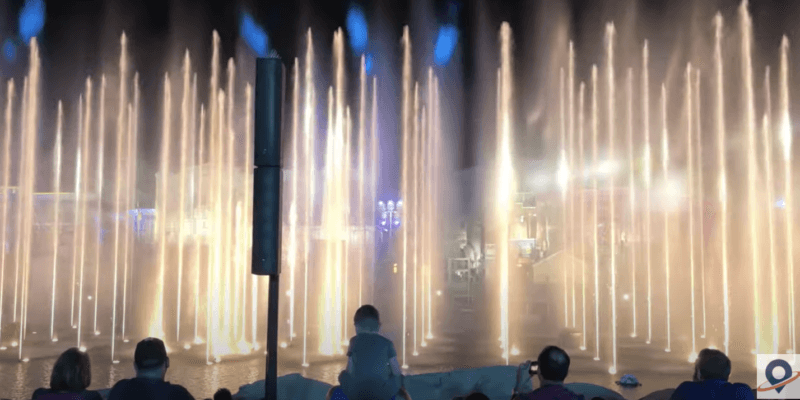 If there is one thing we are missing from many theme parks, it is nighttime spectaculars! At Disney World, shows such as Happily Ever After and Fantasmic! have yet to return, but Universal is now on their way to giving Guests a full evening theme park experience.

At the moment, Guests at Universal Studios Florida can catch the Universal Orlando’s Cinematic Celebration on certain evenings beginning at 9:00 p.m. To ensure you have a full schedule, be sure to check at showtimes on the day you plan on visiting the theme park so you can plan your day accordingly.

That being said, Universal has added an extra section to the show to celebrate the Tokyo Olympics taking place this summer! Orlando Informer (@OrlandoInformer) took to Twitter to showcase the new addition to the nighttime celebration by posting the new “intro” to the show — Universal’s Celebration of the Olympics.

Universal’s Celebration of the Olympics debuted this weekend at @UniversalORL! It takes place before Cinematic Celebration.

Universal’s Celebration of the Olympics debuted this weekend at @UniversalORL! It takes place before Cinematic Celebration. pic.twitter.com/KsAj9zcfyi

Considering Universal is owned by Comcast, which also owns NBC, which will be airing the Olympics this summer, the new show fits perfectly within the theme park. As Guests can see from the above video, the new water show is different from the typical nighttime celebration that Universal has, and now, viewers get two shows instead of one!

Universal also has implemented signage in front of Universal Studios Florida that notes the theme park will be celebrating the Olympics this summer from July 23 – August 8. So even during a fun-filled day at the parks, Guests can still take a moment to relax while catching up on their country’s winnings!

We also know that there are food booths celebrating some of the different countries that will be participating in the Olympics. This is after the extremely successful Mardi Gras celebration this year which was more food-focused than ever before. The food in combination with the new nighttime spectacular makes Universal the ultimate spot to celebrate the Olympics this summer!

If you want a full video of the new show at Universal Studios Florida, take a look below!

What do you think of the new Olympic nighttime celebration show at Universal Orlando Resort?

If all this Universal talk has you craving a trip to the theme parks, you can start planning today! From the Olympics to Halloween Horror Nights (HHN), to just walking around CityWalk, there is so much to explore — and so many attractions to ride! Click here to begin!