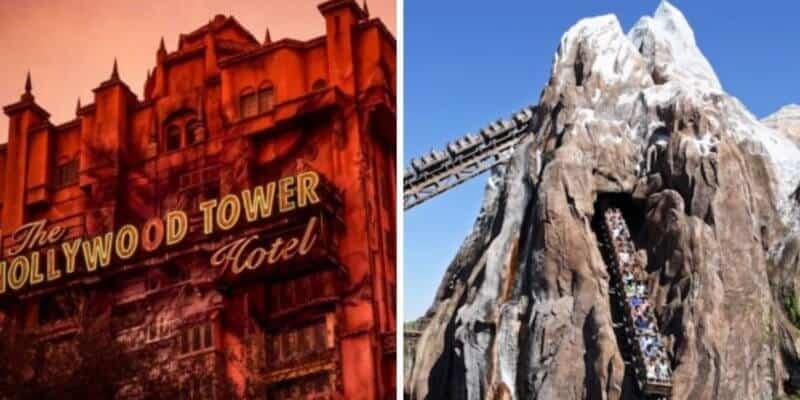 There is often friendly competition at many places of work that goes on with employees, and when it comes to Disney Imagineering, it is no different.

Disney Imagineers are credited with creating the magical aspects of Disney Parks and films in which Guests and viewers can be swept away. But even some of the most well-known Imagineers constantly feel the need to prove themselves in a playful way.

A fun fact about Disney World is that there is no attraction 200 feet or higher, which would cause the attraction to have a beacon at the top for airplanes, which would ruin any attraction’s immersive qualities. For a long time, the Tower of Terror was the tallest attraction coming in at 199 feet, just one foot under the maximum height. Disney Imagineer McNair Wilson was very proud of that fact until Imagineer Joe Rhode found out that his attraction, Expedition Everest, was only a few inches smaller.

In an episode of Imagineer Podcast run by Matthew Krul, we can hear Disney Imagineer McNair Wilson talk about his time working for the Walt Disney Company. Wilson worked with amazing Imagineers such as Claude Coates and even Walt Disney himself, created “streetmosphere” performers for Disney’s Hollywood Studios, started the Adventurers Club at Pleasure Island, and was one of the leaders for the creation of The Twilight Zone Tower of Terror.

In the podcast, Wilson recounts a time when Joe Rhode asked him how tall the Tower of Terror was as he created Everest in Animal Kingdom. When he found out that he would need to make Everest six inches taller in order to be the tallest attraction in Disney World, Rhode went to the top of the mountain with some plaster and added on six inches of height! Now, Expedition Everest comes in at 199.5 feet tall.

Wilson joked that he was planning on going back up there and adding an eight-inch weathervane so that Tower of Terror could regain the title of the tallest attraction at Disney without going over the limit. McNair’s tone when describing the story is very playful, so you can see that there is no resentment or hard feelings between the Imagineers, but more so a sense of fun.

If you want to listen to this podcast, click here!