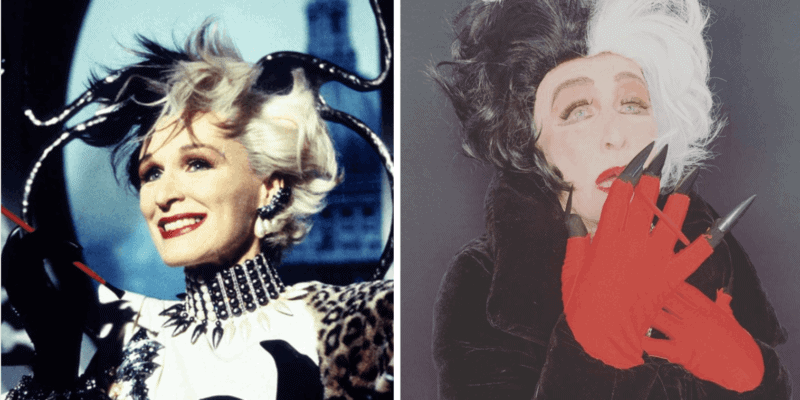 It’s been years since Glenn Close stepped onto the screen as Cruella de Vil, the stylishly evil dognapper from 101 Dalmations. But we can’t forget her epic performance, and apparently, neither can she.

Although the world will see a new Cruella (Emma Stone) when Disney’s Cruella premieres on May 28, Close insists she’s not done with the Disney Villain’s story. She even has an idea for her character, should Disney want to call her again.

“I have a great story to make another Cruella with my Cruella. Cruella comes to New York and disappears down the sewers,” Close told Variety in a recent interview.

Close wouldn’t elaborate on her idea, but now we can’t stop thinking about how much we want this new movie. Between the 1961 original animated film, the 1996 live-action film, and Disney’s newest installment, Cruella has certainly lived a lot of lives in a lot of different stories. Obviously, we’re excited about the new Cruella origin story and sure, it’ll be fun to see the beginnings of one of Disney’s greatest villains. But don’t we want to see what happens when Cruella makes a triumphant return that no one expects?

The original Cruella film was supposed to premiere in 2020 but was pushed back because of the pandemic. It will now premiere simultaneously on both Disney+ and in theaters on May 28, 2021.

Here is the official synopsis for Cruella:

Do you want to see Close’s Cruella story come to life? Let us know in the comments!