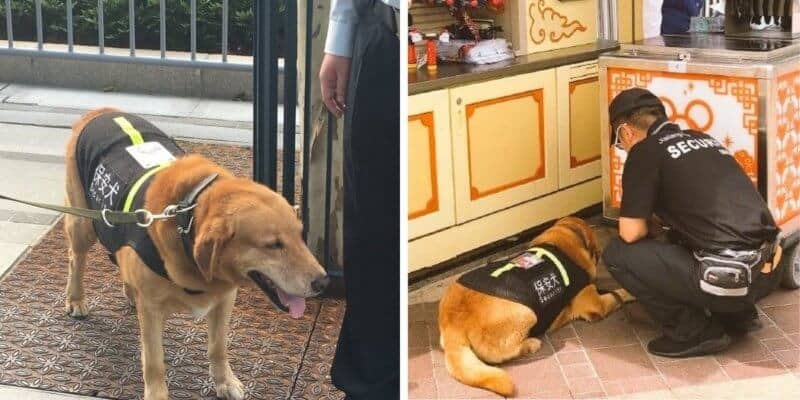 When Guests visit the Disney Parks, they typically feel safe and well taken care of. That is because Disney does their best to ensure that all of the proper safety protocols are being followed at all times. Sometimes, Disney may even take things even more seriously than needed.

Related: Disneyland Guests Once Arrested For Pushing Pluto into a Fountain

We recently came across an old post on Reddit from a Disney Cast Member who told a story of what happened when Pluto’s — a security dog who works for Disney (not to be confused with the yellow furry character) — actions were misinterpreted for something else.

Reddit user and Cast Member steakandasideofsteak responded to a thread about crazy stories at Disney Parks by saying:

I just remembered my actual favorite/craziest story. Someone had left an abandoned bag at the base of space mt for more than 15 minutes, so we followed the normal security procedures and they brought a bomb dog out to sniff it. When our Pluto came to check the bag, he sniffed it and then sat down– which signals there is something wrong with this bag. So we had to evacuate all of tomorrowland, literally all of the attractions/stores/restaurants, and all the CMs were standing at all the entrances freaking out because now of course we were sure a bomb was going to go off and we would all die. Turned out that the backpack was just forgotten, full of carne asada burritos, and Pluto sat down because he thought he was getting a treat.

Hilariously, it seems that little Pluto was just hungry and there weren’t actual dangerous explosives in the bag. However, just from this story, we can see how seriously Disney takes its safety and security protocols. Even a backpack that may have been left by a Guest by accident is treated with the utmost caution, which helps give Guests peace of mind when visiting the parks.

Although the Cast Member did not distinguish what park this story took place in, all Disney Parks have very tight security for any Guest entering. Speaking on Disney World and Disneyland alone, Guests must undergo metal detectors and potentially have their bags searched every time they enter a park. Plus, all parks are equipped with a security K-9 unit, so there is a different version of Pluto ensuring you stay safe no matter what Disney Park you are at.

So, if there is one thing we have learned from this story, it is to not leave a backpack full of an unfinished burritos unattended when you are at any Disney Park!

Have you ever lost or forgot something when you went to Disney? Let us know, and tell us what you think about story!