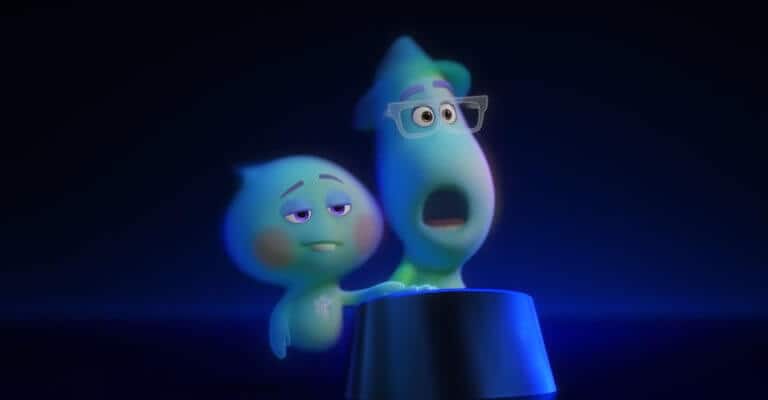 When Disney/Pixar’s Soul premiered on Disney+ on Christmas Day 2020, it was an immediate hit. People found love and inspiration in the story of a man desperate to get back to his life on Earth, who found that life was so much more than he thought. They also loved the main soul who everyone called 22 (voiced by Tina Fey).

Now, Soul is getting a new short, which will debut on Disney+ in just a few days!

In case you have never seen the film, the official synopsis for Disney/Pixar’s Soul reads:

What is it that makes you…YOU? Pixar Animation Studios’ all-new feature film SOUL introduces Joe Gardner (voice of Jamie Foxx) – a middle-school band teacher who gets the chance of a lifetime to play at the best jazz club in town. But one small misstep takes him from the streets of New York City to The Great Before – a fantastical place where new souls get their personalities, quirks and interests before they go to Earth. Determined to return to his life, Joe teams up with a precocious soul, 22 (voice of Tina Fey), who has never understood the appeal of the human experience. As Joe desperately tries to show 22 what’s great about living, he may just discover the answers to some of life’s most important questions

Fey’s 22 character was a soul who never understood the thrill of going to Earth. 22 is described by Disney as:

A precocious soul, 22 has spent hundreds of years at the You Seminar, where new souls must meet several requirements before going to Earth. She’s met them all—except one. But that’s just fine with 22, who has never been interested in life on Earth anyway.

22 was such a hit that Disney decided to dive more into Fey’s character, who is the 22 soul ever created. Previously, Disney announced that there would be a new short film called 22 Vs Earth, and it would premiere on Disney+ on April 30.

Ever wonder what 22 was up to before Joe Gardner came along? See 22 vs. Earth, an Original Short Film streaming April 30 on @DisneyPlus

Ever wonder what 22 was up to before Joe Gardner came along? See 22 vs. Earth, an Original Short Film streaming April 30 on @DisneyPlus ? pic.twitter.com/AfzS1k2sba

If that news wasn’t exciting enough, 22 Vs Earth now has an official trailer to tide people over until April 30, which premiered on social media this morning!

The new short film will take place before 22 met the soul of Joe Gardner (voiced by Jamie Foxx) in the critically acclaimed film. The official synopsis for the short film reads:

In “22 vs. Earth,” 22 defies the rules of The Great Before and refuses to go to Earth, enlisting a gang of five other new souls in her attempt at rebellion. However, as her cohorts’ activities lead to unexpected results, 22’s subversive plot may actually lead to a surprising revelation about the meaning of life. Featuring the voices of Tina Fey (22), Richard Ayoade (Counselor Jerry) and Alice Braga (Counselor Jerry), the short is directed by Kevin Nolting and produced by Lourdes Marquez Alba.

Luckily we only have to wait a few days to add this adorable new short film to our list of Disney shorts!

Make sure to check out 22 Vs Earth when it premieres on Disney+ on April 30!