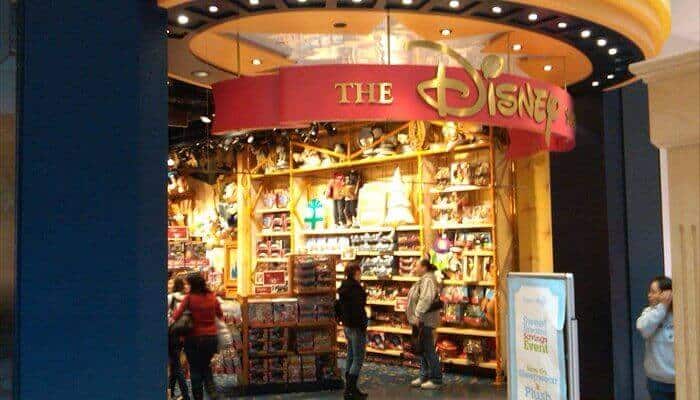 Today, there was a Greater Orlando Airport Aviation meeting and some new details were revealed about what would be going into the new airport expansion. Among those details was a new Universal Studios Store, a new Disney Store, and an opening of Wine Bar George.

The expansion details were shown by Senior Director of Engineering and Construction, Davin Ruohomaki. He shared numerous details of the South Terminal Expansion at Orlando International Airport. 15 new terminals are being built in the new South Terminal Expansion, along with a slew of new stores. This project is being done to enhance what is being called the “Orlando Experience”.

Ruohomaki shared a PowerPoint presentation, which shows a diagram of the new food and shopping area that would open with the South Terminal expansion.

When looking at the current floor plan for the new area of the airport, a new Universal Studios Store and a new Disney Store can be seen in the top right corner. Scrolling down the list of stores and restaurants on the left side of the floor plan a new Wine Bar George can also be seen.

Wine Bar George is currently only operating at Disney Springs at the Walt Disney World Resort. This new opening would mark the second Florida location for the restaurant. The original Disney Springs location opened in May of 2019. It is described on the Disney World Website:

Stop in to enjoy over 140 wines by the glass, bottle or ounce. Snack on small plates, feast family-style or linger over late-night bites. You can even order their full food and beverage menu to-go. Want to make your weekend extra special? Discover our casual yet sophisticated brunch―served Saturdays and Sundays from 10:30 AM to 2:00 PM. Or enjoy our Bites and Boards menu – served Saturdays and Sundays from 2:00 PM to 3:00 PM.

There is no word whether these new Universal and Disney stores would replace the stores that are already in the airport.

There is also no official opening date for any of the stores or restaurants in the new South Terminal Expansion, but the expansion is expected to be completed within the next year.

Have you been to Orlando International Airport? Do you always stop at the Disney Store? Let us know in the comments!

Click here to get started booking your magical Disney vacation with our friends at Academy Travel!