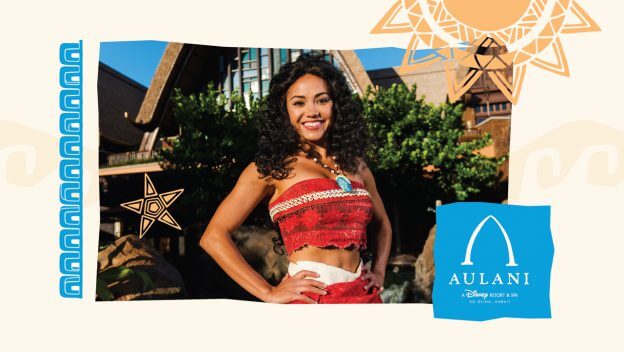 Calling all wayfinders! Aulani, a Disney Resort & Spa has officially announced the return of their Polynesian princess, Moana of Motunui!

Personally, Moana is my favorite princess. She is strong, silly, and loves her family, roots, and her ancestors. After visiting Disney’s Aulani, the resort became an obsession for me and I immediately returned the following year. Besides the fact that Aulani in Hawaii is indeed paradise with a sprinkle of Disney, I can attest that meeting Moana in Hawaii is one of the best Disney character interactions I have ever experienced.

That is why I am so overjoyed to share that Disney Parks Blog has officially announced Moana’s return to the Resort! In an Instagram post, Disney said:

Moana is setting sail for a return to Aulani Resort! Head over to the Disney Parks Blog for more info (link in bio).

Disney has not announced when and where you can meet Moana moving forward — so far, the company said, “Be on the lookout for Moana as you enjoy your own exciting adventure with your family at Aulani Resort.” So, it’s likely that you will be able to wave to Moana from a distance similar to how other character greetings have been at Aulani lately.

Previously, Guests were able to visit Moana and “Uncle” in a storytelling experience underneath the stars almost every night. Due to the ongoing pandemic, many Aulani Resort activities were suspended. Here is a personal video of Moana and Uncle telling a story about Maui at Aulani, a Disney Resort & Spa.

Moana is just one of many character meet and greets and experiences that have returned to Aulani. Guests have been able to see and take photos with characters from a distance. Another experience that is coming back next month is the character breakfast at Makahiki with Mickey, Minnie, and friends and ‘Olu Mel the Turtle, a Disney friend of Duffy.

If you’re planning on visiting Aulani soon, make sure you keep an eye out for Moana around the lazy river as she loves to interact and give you pointers on sailing the Waikolohe Stream. Guests can also ask the front desk for the Aulani Resort Daily Activities (Daily Iwa) or check the official website for times and daily schedules.

Who is your favorite Disney Princess? Have you ever met Moana in person? Let us know in the comments below!

If you need help planning your next Aulani A Disney Resort and Spa Vacation, check Academy Travel for guidance on your perfect Hawaiian Disney getaway!