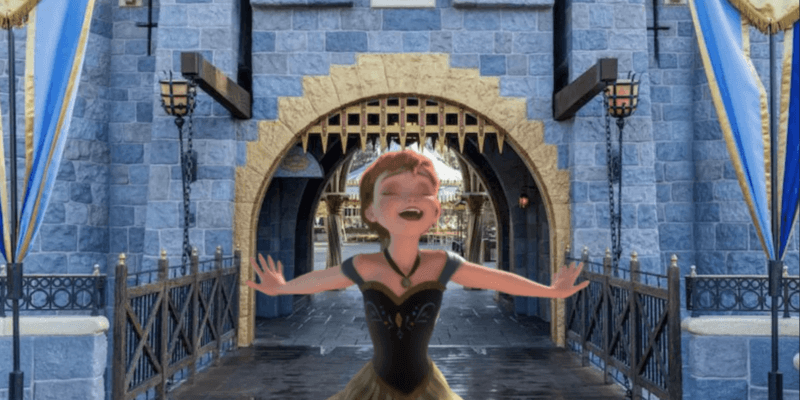 Disneyland is SO CLOSE to reopening, and everyone is celebrating, including Disneyland Cast Members! Disney Parks officially ‘reawakened’ Sleeping Beauty Castle in a beautiful ceremony last night, and it gave many excited Guests goosebumps. Disney continued to toy with our emotions when they shared a video of Cast Members in the theme park and sharing the excitement of the park opening “for the first time in forever”.

Check out the new ‘First Time in Forever” Disney Parks video below, and make sure you have some tissues on hand!

With the video, Disney Parks shared a special message:

The Disneyland Resort will be reopening Disneyland and Disney California Adventure parks in what seems like “For the First Time in Forever.” After being closed for a year, the magic is finally returning and our cast members eagerly await your arrival.

Beginning today, Disneyland Resort Cast Members are being given a special theme park preview before it opens to the public. This special preview will run from April 27 to April 29, the day before Disneyland’s reopening.

Cast Members are able to ride the open attractions, including the incredibly popular Rise of the Resistance. The newest ride in Star Wars: Galaxy’s Edge was only open for a couple of months before the theme park had to shut down because of the pandemic. Guests and Cast Members wanting to ride the attraction can only do so by joining a virtual queue.

Cast Members were so excited to have the theme park experience again that they showed up early in the morning, unable to wait until they could be welcomed back to the Happiest Place on Earth.

A video of the large Cast Member crowd was shared on Instagram by Five Fires YouTube (@thecalibae).

Current Situation at Harbor Side for cast member preview!!! Video from @disway80

We hope that the Cast Members taking advantage of this special preview of Disneyland have just as much fun as we know Guests will when Disneyland reopens to them this Friday!

Are you as excited as these Cast Members for Disneyland’s grand reopening? Let us know in the comments!

CLICK HERE to get started booking your magical Disney vacation with our friends at Academy Travel!