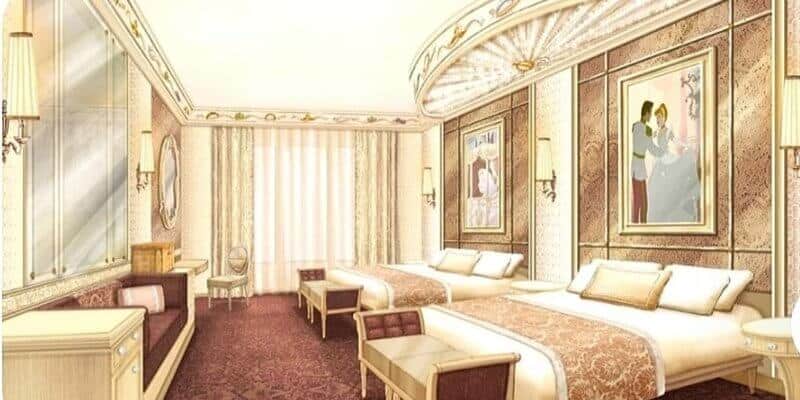 Disney’s hotels are unlike any other stay. When you enter a Disney Resort, you are immediately immersed in another world and tingles your five senses in a way you will cherish forever.

As Disney’s Hotel New York — The Art of Marvel prepares for its grand opening soon, Disneyland Hotel in Disneyland Paris is currently working on “A Royal Renovation” and transforming the hotel rooms into princess-themed experiences.

A Royal Makeover at Disneyland Hotel

The Disneyland Hotel, which is conveniently located at the entrance of Disneyland Park in Disneyland Paris, has become a Victorian 5-star experience for many Guests since April 1992. Now, the Disneyland Paris website explains that the hotel is currently undergoing renovations, making it “more magical than ever”:

A majestic Disney Hotel at the gateway to Disneyland Park, the Disneyland Hotel is currently being renovated to make it more magical than ever. Our Imagineers will be working their magic to make it even more unique and enhance its impeccable 5-star service and unrivalled Disney hospitality.​

The biggest transformation will be the rooms. Disney has officially released concept art of a new themed room from the animated classic, Cinderella, which you can see above.

Guests will be able to experience a new Disney royal theme with a classic Victorian style flair. As you can see, touches of gold and images of the classic scenes like Cinderella and Prince Charming dancing in the moonlight and Cinderella in her wedding gown will give a romantic and refined feel to Guests who visit Disneyland Hotel Paris.

This room is complete with timeless sitting areas and drawers, a Victorian-style mirror, and gorgeous princess-themed wallpaper representing Disney Princesses. This new concept will bring Guests to a fairytale kingdom of their own.

If you look closely at the carpet, you can see what looks to be a glass slipper, which represents Cinderella’s most loved scene. Little touches that Disney Imagineers bring to this renovated hotel will remind Guests of these classic films and feel as if they are living it themselves.

Disneyland Hotel in Disneyland Paris just steps away from Walt Disney’s Studios Park will also include princess-themed rooms such as Beauty and the Beast, Sleeping Beauty, Frozen, and Tangled. Per the Disneyland Paris website:

The Disneyland Hotel will be transformed into a fairy tale kingdom fit for our beloved Disney Princesses and Princes. From classics like Beauty and the Beast, Cinderella and Sleeping Beauty, to more recent hits like Frozen and Tangled. Expect refined, storytelling décor and magical touches that will surprise and delight the whole family, as only Disneyland Paris can do.​

What is your favorite Disney Resort-themed room? Let us know in the comments below.

Are you planning on visiting Disneyland Paris once it opens? If you need help preparing your Paris adventure, our friends at Academy Travel are EarMarked Diamond! Click the link for more information!