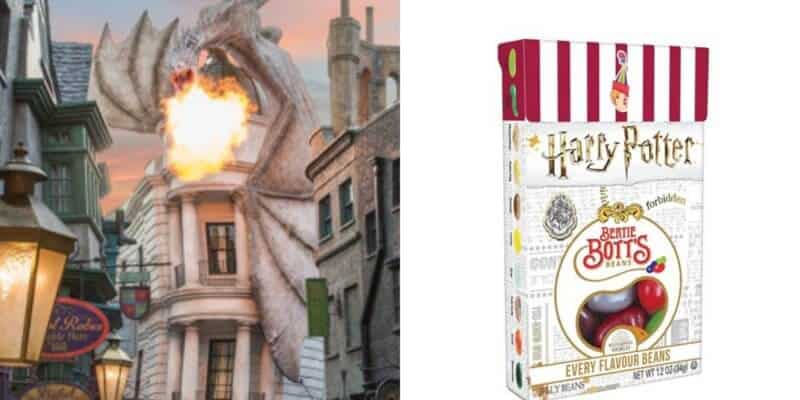 Universal Orlando Resort has takengood care of its Annual Passholders throughout the pandemic, offering three months free to new and renewing Passholders, which is a great deal! Now, they have released their latest AP button for April.

Most recently, Universal Tweeted out the surprise button theme for April 1!

UOAP Fam! Check out your new April button: Bertie Bott’s Every-Flavour Beans. Available for pick up starting on April 1st. *Buttons are limited and given out on a first-come, first-served basis. Limited one per Passholder. While supplies last.

Available for pick up starting on April 1st.

*Buttons are limited and given out on a first-come, first-served basis. Limited one per Passholder. While supplies last. pic.twitter.com/lbdLMsitfm

Bertie Bott’s Every-Flavour Beans is a candy that can be found in the Wizarding World of Harry Potter. For those who don’t know, these specific jelly beans come with a twist because among the yummy tasting candy, are various flavors that taste pretty gross — and Harry Potter fans love the experience.

Jelly Belly describes the candy as:

Delicious “normal” jelly beans are mixed with crazy, creepy flavors in a 20-flavor magical medley, which keeps tasters guessing whether they’ll get a tasty or tricky flavor with every bite. Some of the tasty flavors include Marshmallow, Cherry, Cinnamon and Blueberry. These are paired with gross flavors like Vomit, Soap and Earwax as well as odd flavors like Sausage, Grass and Black Pepper for a fun and risky experience. Each 1.2-ounce box is the perfect serving size for kids or the young at heart

The new button lists a few flavors, including “Bananas & Bogies & Rotten Eggs & Soap”. If you are an Annual Passholder, on April 1 you can head to the UOAP Lounge at Universal Studios Florida or Toon Lagoon at Universal’s Islands of Adventure to collect your complimentary button.

Do you collect the Universal Orlando Passholder buttons?

There has never been a better time to visit Universal Orlando. New attractions such as VelociCoaster are also on the way, and if you do not want to miss them — you should book a trip today. Also with Halloween Horror Nights coming up, you need to be here for the spooky fun. Click here to let the adventure begin!

Comments Off on Universal Annual Passholders to Receive Surprise Button