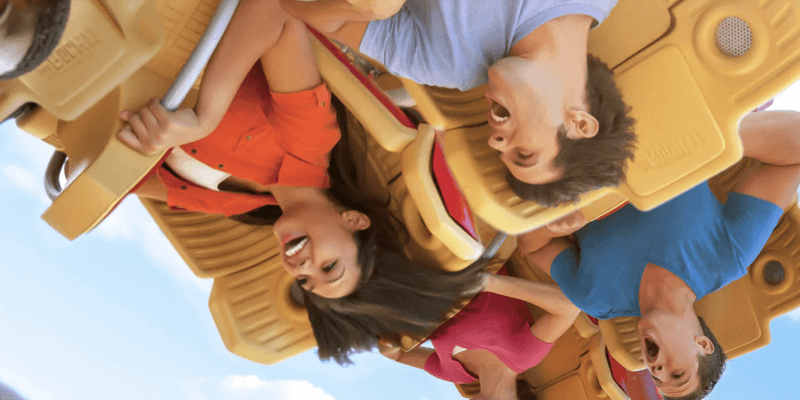 If you are a coaster enthusiast, you likely know about Universal Orlando Resort’s musically themed coaster, Hollywood Rip Ride Rockit.

Rip Ride Rockit is a coaster that allows Guests who ride to pick a song that will blast in their ears as they loop through Universal Studios Florida on the rocket red track. One of the things that makes the 167-foot tall steel coaster stand out among other coasters, aside from the fact that it reaches speeds of 65 mph, is that there is an interactive element for Guests.

Well, what if you hop on the coaster, and you are not a fan of the options that are provided to listen to? Now you can go prepared. Universal Orlando Resort actually has a way that riders can access a secret list of songs to listen to while on the coaster, but you need to know what song you want to listen to before you get on the ride.

Thanks to Best of Orlando, we have a full list of all the secret songs on Rip Ride Rockit.

It is fun easter eggs and discoveries like this that make Rip Ride Rockit such a good ride to experience multiple times, as there are so many unique experiences that can occur.

Have you ever used the secret song menu on Rip Ride Rockit?

Do you want to visit Universal Orlando? You can hop on Rip Ride Rockit at Universal Studios, head over to Universal’s Islands of Adventure, enter the Wizarding World of Harry Potter, experience Halloween Horror Nights, or get your tan on at Volcano Bay with a fun night out at CityWalk later. Click here to begin booking your vacation today.