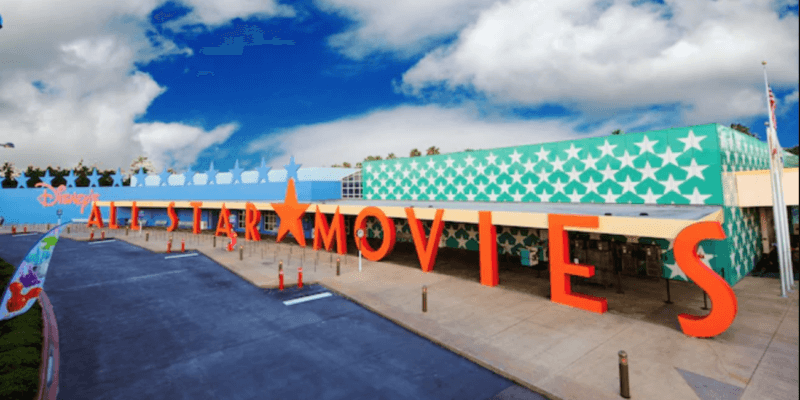 Several Walt Disney World Resort hotel Guests have taken to social media to report flooding that has occurred at a Disney Value Resort.

Current Disney World hotel Guests posted on Facebook on Tuesday evening between 10 p.m. and midnight to share that their rooms at Disney’s All-Star Movies Resort had flooded. Guests also shared that, after the room flooding began, Disney turned off the water in the building where the flooding occurred as they worked to resolve the issue.

The flooding reportedly occurred in rooms located in the Fantasia area in Building 5 of the resort — not all buildings or hotel rooms were impacted.

At the time of this article’s publication, it is not entirely clear what caused the flooding, although some Guests reported that they were told by Disney Cast Members onsite that a pipe burst at the resort. Disney Cast Members worked to rectify the situation and ensure that all Guests on property are safe. Those whose rooms were impacted by the flooding reported that they were moved into different rooms on property.

Although flooding at a Disney Resort hotel is uncommon, when these instances occur, Disney works with Guests and works to provide solutions to any unforeseen circumstances that may impact a Guest’s vacation. If an issue arises while you are on vacation, contact Guest Relations at your Disney Resort hotel.

The reported flooding at Disney’s All-Movies Resort occurred just one day after the Disney Value Resort reopened to Guests after an extended closure amid the ongoing pandemic. You can read more about the reopening of Disney Resort hotels here.

Additionally, due to a reported influx of Guests at Disney’s All-Star Movies Resort, many vacationers have reported that their hotel stays were being upgraded. Some Guests have shared that Disney upgraded them from this Value Resort hotel to one of the most popular Disney Deluxe Resort hotels on property: Disney’s Grand Floridian Resort & Spa. These reported room upgrades were occurring before today’s overnight flood occurred at Disney’s All-Star Movies Resort.

We will continue to update this article as more information is released regarding this developing situation.

Comments Off on Disney Resort Reportedly Floods After Reopening