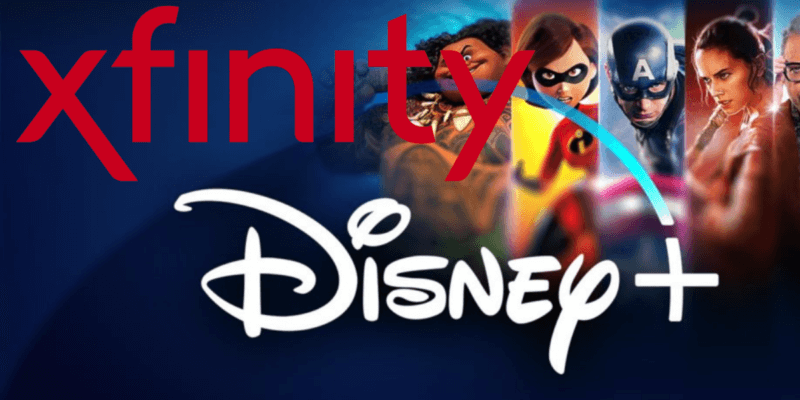 If you have Xfinity or X1, here is what you need to know about the service — as well as how Disney+ is becoming a moneymaker for competitors.

Comcast has announced that Disney+, as well as ESPN+, will be coming to Xfinity, X1, and Flex customers. Comcast is the parent company of NBCUniversal, who have their own new streaming platform, Peacock.

If you are a Comcast customer and have a service that is getting Disney+ and ESPN+, get excited! You don’t need to do anything other than ensure you have an active subscription to those services in order to integrate them into your existing Xfinity account.

X1 and Flex customers can access Disney+ or ESPN+ by saying “Disney+” or “ESPN+” into the Xfinity Voice Remote or by saying the name of a desired title from one of the streaming services (like, “The Falcon and The Winter Soldier” or “Stephen A’s World”). Xfinity customers will also be able to find the Disney+ and ESPN+ content libraries integrated throughout their user experience, including in collections such as “TV,” Movies,” “Sports” and more.

Related: Disney+ Loses Key Creative VP to Netflix – What This Means For Streaming

With Disney+ being such a huge success for The Walt Disney Company, it is not surprising that the financial success would be spilling into adjacent companies as well. Senior Vice President of Comcast Cable Rebecca Heap said this about the addition of Disney+ to their offerings:

“With the launch of Disney+ and ESPN+, our X1 and Flex customers will now be able to enjoy all the best entertainment from today’s most popular streaming services on one device that makes it easy for them to find their favorite programming, or discover something new.”

The President of Disney+ and ESPN+ Michael Paull also said that this was a great opportunity for the streaming service as new shows such as The Falcon and the Winter Soldier are just premiering:

“The launch of Disney+ and ESPN+ on Comcast’s Xfinity platforms comes at an opportune time with the new Disney+ Original series from Marvel Studios ‘The Falcon and The Winter Soldier’ in full swing, the return of Coach Gordon Bombay in a new series ‘The Mighty Ducks: Game Changers,’ and “Secrets of the Whales” from National Geographic premiering on Earth Day. It will be a big April on ESPN+ too with UFC 261, the start of MLB and MLS seasons, The Masters, and more.”

With so many fantastic series and other original titles being added to Disney+ it is great that more people will have access to the streaming service on a variety of platforms.

Disney+ is a great addition for Comcast services, but so is ESPN+! ESPN+ offers coverage of the masters, NFL,  and many premium offerings for sports fans. As you probably already know if you have Xfinity ESPN is already offered, so this is a welcomed addition.

On many levels, while Disney and Comcast NBCUniversal are often direct competitors  — with Disney Parks being the major competitor of Universal Parks and Resorts, as an example — it is interesting to see when both companies can work together in a way that is mutually financially beneficial. Now that Disney+ is available for Comcast Xfinity, Disney+ can gain more subscriptions from those who were not previously subscribed to the service (making more money for Disney), and Xfinity can gain more customers who now find the service more appealing (making more money for Comcast).

Do you have a Comcast Xfinity product? Are you excited to have Disney+ on Xfinity or X1? Let us know in the comments.