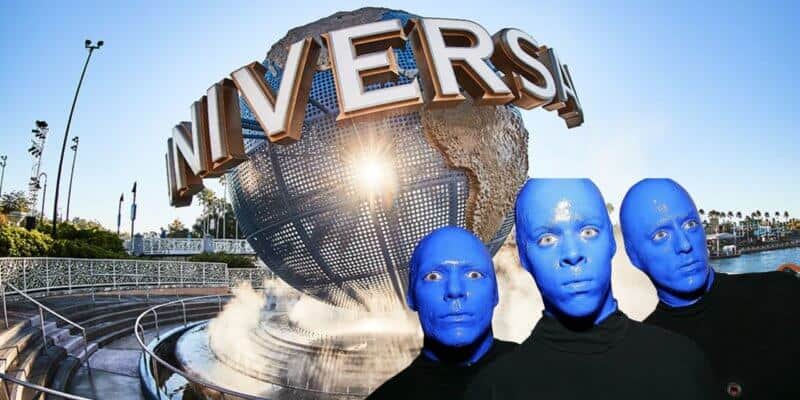 Universal theme parks worldwide have suffered greatly due to the pandemic. One major offering that has left many of the theme parks is entertainment. Now, one of Universal’s classic entertainment offerings is officially leaving the Orlando theme park resort.

It was announced today that Blue Man Group is officially leaving Universal Orlando. The show has run for the past 14 years in the Nickelodeon building next to Universal Studios, so to see it go is a sad goodbye for many Universal fans. Blue Man Group (@bluemangroup) took to Twitter to make the announcement. They shared the following post:

While this is the end of our run at Universal Orlando, we hope our fans will visit when we safely reopen in Las Vegas, New York, Chicago and Boston. ?

While this is the end of our run at Universal Orlando, we hope our fans will visit when we safely reopen in Las Vegas, New York, Chicago and Boston. ? pic.twitter.com/09Votg0zuu

Blue Man Group also wanted to give a final thank you to everyone who helped put the show together stating, “Thank you to the Blue Man Orlando cast, crew, and staff for more than 6,000 shows, and to the millions of fans who shared in our incredible 14-year run!”

For those who didn’t know, here’s a brief description of Blue Man Group from their official website:

Blue Man Group will rock your world. Blow your mind. And unleash your spirit. As three bald and blue men explore our world, together we’ll discover music, laughter and surprises at every turn. By the end of this spectacular journey, you’ll be saying “I DON’T EVEN KNOW WHAT JUST HAPPENED BUT I LOOOVED IT.”

It was not a complimentary show at Universal Orlando Resort, but it was a great way to spend an evening at CityWalk to top off your Universal experience with something truly unique.

Blue Man Group has been closed down at Universal since the beginning of the pandemic in March 2020. Unfortunately, the Blue Man Group’s parent company, Cirque du Soleil, had to lay off 3,500 employees last year and filed for bankruptcy protection, with many of those employees coming from Universal’s Blue Man Group.

If you want to see a clip of the Blue Man Group, check out our YouTube video of the finale!

Are you sad to see Blue Man Group leave? Is there another show you would like to see occupy the space?