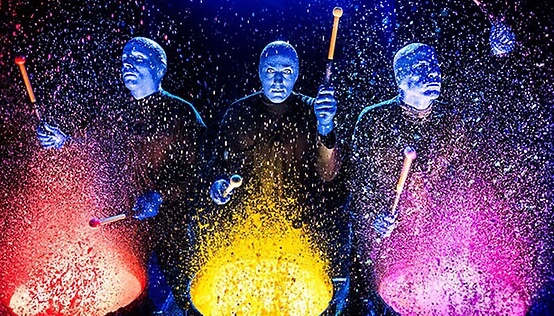 Cirque du Soleil CEO Daniel Lamarre explained that the Blue Man Group brand will remain as it is.

“Our goal is to help them to make this brand grow as much as possible,” Lamarre said.

Lamarre will look to grow both brands with this acquisition. Cirque du Soleil will soon be unveiling some major projects in China and, as part of a deal with the NFL, an attraction in Times Square in New York. Blue Man Group will add a little bit of variety to Cirque’s style of entertainment.

“It’s part of the new strategy for Cirque du Soleil to diversify our content,” Lamarre said to Variety. “Like Cirque, Blue Man Group has developed their own creativity, their own niche and their own brand, but we thought that the Blue Man Group brand was underdeveloped. With our marketing machine and our network of promoters around the world, we can really, really expand their brand.”

Blue Man Group has performed at Universal Orlando Resort since 2007 while Cirque du Soleil has had a presence at Walt Disney World since 1998 with La Nouba, which is set to close at the end of the year. Whether or not this deal will have any impact on either location is yet unclear.

WATCH a 2016 preview of La Nouba at Disney Springs: