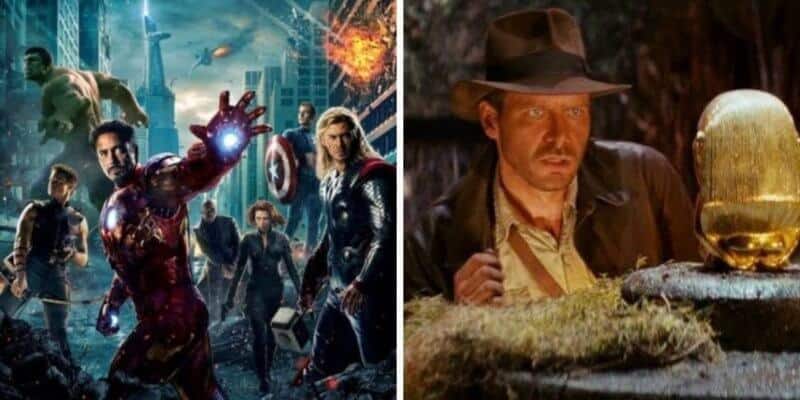 During the pandemic, if there is one thing that many of us became well acquainted with, it’s streaming services. Disney+, which is just over one year old, seemingly entered the streaming game at the perfect time allowing Disney fans to catch up on their nostalgia, as well as creating new content such as the Star Wars series The Mandalorian as well as Marvel’s WandaVision, to name a few. Most Disney fans joined Disney+ because that was the only way to ensure you could stream Disney content, but now, it seems that a new service will be offering.

If you watched the Superbowl, you likely saw one of the many commercials that highlight Paramount’s new streaming service, Paramount+. Interestingly enough, aside from shows like Sponge Bob and Star Trek, it seems that Paramount still owns the distribution rights to a few Disney IPs, which will be available on their streaming service.

According to WhatsOnDisneyPlus, “Paramount holds the distribution rights to the four Indiana Jones films, Paramount+ will have all four films available. However, the new fifth movie will be distributed by Walt Disney Studios, so it would be heading eventually to Disney+.” The Harrison Ford films which will be found on Paramount+ will be:

On top of that, Paramount+ will be bringing films from EPIX onto the new service, which will include some Marvel content. Because Paramount distributed The Avengers, Captain America: The First Avenger, and Thor, they will be available on the streaming service. That being said, Disney+ will not be ridding itself of any MCU content.

It seems that Paramount is coming in hot with their streaming service to compete with the similarity named Disney+. We previously reported that there are a variety of reboots that Paramount+ will be bringing to the streaming service which will give many adults a nostalgic craving, much like Disney+ did, while still creating something new for younger generations. It will be interesting to see if Disney+ is affected by the new streaming service and if they choose to add Playhouse Disney content or create reboots like the recently canceled Lizzie McGuire starring Hilary Duff.

If you are curious to learn more about Paramount+, click here to discover what the streaming service will explore as of March 5, 2021.

Will you be signing up for Paramount+? Do you think that Disney+ will have to compete with them?

Comments Off on Paramount+ Will Stream Some Disney+ Content