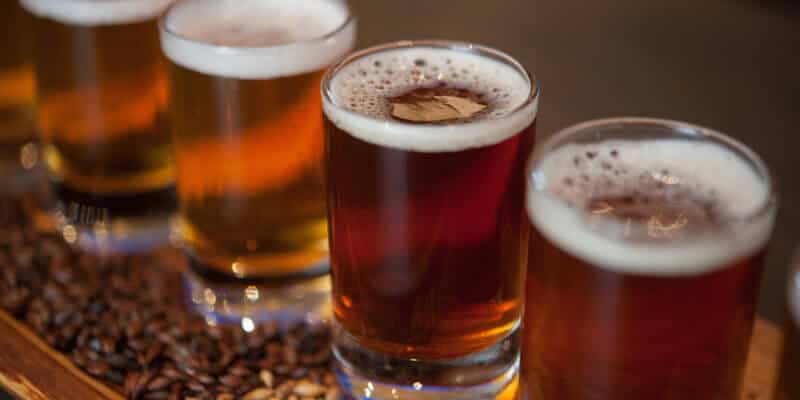 Disney and Universal theme parks in Orlando are fighting for a bill that would repeal Prohibition-age restrictions and allow the beer advertisements and collaborations between theme parks and beer companies within theme park properties. But, small local breweries are trying to fight back. Here is why the theme parks are working so hard for beer ads, and what it could mean for your next Orlando vacation.

Related: The Nickelodeon Hotel Could Return to Orlando!

According to a report by the Orlando Sentinel, both Walt Disney World Resort and Universal Orlando Resort were pushing for HB 73, a bill that would give the parks more advertising rights when it came to beer. Orlando Sentinel says that this bill creates an exemption to Prohibition-era laws and grants the theme parks the ability not only to advertise beer but also gives them naming rights.

Both Disney and Universal can currently sell beer in their respective theme parks. HB 73 simply gives them the right to advertise and collaborate with beer companies for larger sponsorships inside the parks.  For example, Bud Light could legally be the official beer of Universal if the bill were passed.

Opponents to this bill are concerned that two large companies profiting from each other in such a way would shut out opportunities for smaller, local beer brands. However, this bill opens up the parks to make deals with whomever they want, so in theory, it is possible they could enter a collaboration with a beer company of any size. The likelihood of larger beer brands landing any collaborations, however, is high.

HB 73 was approved by a 9-8 vote, and State Representative Josie Tomkow had this to say about it:

“It could be as far as tastings at the park, allowing for a craft brewer to come in and give tastings of their product to showcase it on a platform that they may not have been able to do,” Tomkow said during the Feb. 10 meeting.

A theme park couldn’t give preferential treatment to the advertiser and could still sell beer from another company, according to the bill.

The report from the Orlando Sentinel goes on to detail how much money was donated to Josie Tomkow’s campaign, presumably to gain support for the HB 73 bill. Disney donated $5,000 through various affiliated companies, Universal’s parent company, Comcast, donated $15,000, Anheuser-Busch donated $1,000, and MillerCoors donated $500.

With many brands having a vested interest in HB 73, it would not be surprising to see deals being struck quickly in the future.

Universal Orlando Resort is currently holding its yearly Mardi Gras event, where alcohol is prominently served. So, in the future, it could be possible that we could see Universal team up with a brand such as Anheuser-Busch to bring Guests a special space dedicated to beer from the brand.

While opponents of the bill are concerned that potential collaborations between large companies will hurt smaller local, and craft beer businesses, those who supported the bill gave examples of why they felt it was necessary. State Rep. Dan Daley shared a story that was given to him by Universal in which an event had to be canceled due to the previous prohibition-era laws:

Back when “The Most Interesting Man in the World” character was “retiring” in 2016 as a spokesman for Dos Equis beer, Universal wanted to invite him to the park and throw a sponsored retirement party in his honor, Daley said.

That event was unable to happen, but now that HB 73 has been approved, something of this nature has the opportunity to happen in the future. Both Disney and Universal can now host private and public sponsored events in collaboration with beer companies. Could we see EPCOT’s Food & Wine sponsored by MillerCoors in the future? That is certainly a possibility now.

So, could this change your theme park experience next time you visit?

While it is clear that these would be advantageous partnerships between the theme parks and large beer companies, it is unlikely that this will change your theme parks experience, especially anytime soon. Alcohol served at the Walt Disney World Resort and Universal Orlando Resort theme parks is nothing new; in fact, one could argue that it has become, for some people, an integral part of their theme park visit.

For example, Disney World hosts multiple festivals at EPCOT that prominently feature alcohol as a part of the experience. And Universal already has a themed brewery as a part of their Simpsons-themed land inside Universal Studios. Now, you may just see a booth at Food & Wine being sponsored by MillerCoors that would serve their product exclusively.

Again, the potential collaborations for this seem to be endless, and only time will tell how far Universal and Disney decide to take this new set of rules. Whether it is a beer company having a permanent sponsorship in the theme parks at a restaurant, or special events gaining a beer sponsorship. We will just have to wait and see.

For now, enjoy the beer that is currently being served at both theme parks!

So, what do you think about this situation? Let us know in the comments below!