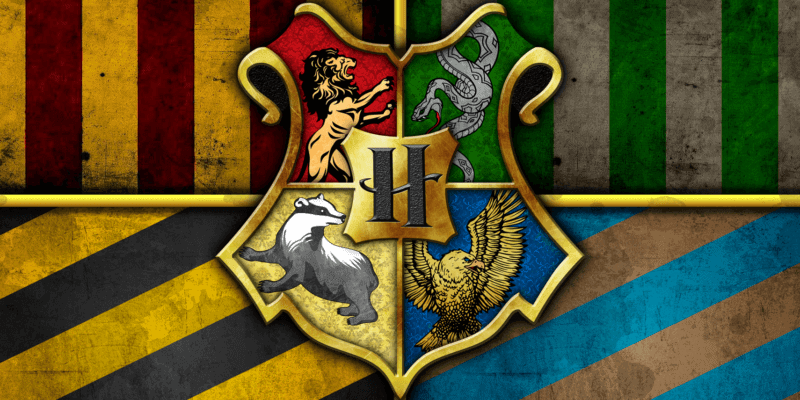 Every Harry Potter fan knows that each Hogwarts house represents a series of values and morals, and those wizards in each household and reflect those morals.

Similar to the house values, there is also a theory that says that the way you respond to trauma, or danger, can be correlated to your Hogwarts house. The theory comes from a TikToker named @zinniamakes. Zinn is a trainee art therapist that specializes in trauma, and of course, she is a Harry Potter fan (and a hard working and proud Hufflepuff!).

The theory states that there are four ways that the human brain and body typically react when faced with a traumatic situation or danger: fight, flight, freeze, and fawn. The response is known in psychology as the four ‘Fs’.

reposting because this did not get the love it deserved ?❤️?? #hogwarts #hptrauma #trauma #fyp #gryffindor #hufflepuff #ravenclaw #slytherin

The theory says that each Hogwarts house values can help you predict how you will respond in a traumatic situation.

The more detailed representation of each house is explained by Zinn in the video below.

Zinn’s logic behind defining the way people from each Hogwarts house would respond is based on the Harry Potter books, and her personal experience talking to different people from each house about trauma.

Related: How Much Are Your ‘Harry Potter’ Books Worth?

However, as many wizarding fans know, just because the sorting hat sorts you to a specific house, it doesn’t mean your values are only those of your house. For example, take Hermione — she is a brave and daring Gryffindor, but no one can deny she values her intelligence and has an itching curiosity for knowledge. After all, she is always the one searching through piles of books for answers. So the same goes for this theory!

In her TikTok videos, Zinn gives the example of when Ginny Weasley is passed by Tom Riddle in Harry Potter and the Chamber of Secrets.

Reply to @max_sees_stars a little clarification on this video that BLEW UP, wow! ? #hogwarts #hptrauma #trauma #fyp #loveyou #traineetherapist

This also applies to the trauma theory. Just because you belong to a certain Hogwarts house, it doesn’t mean you will respond to trauma the same way your house would, or the same way every time.

So, you don’t have to have that specific trauma response to be part of a specific Hogwarts house. Each person will respond to trauma differently, depending on their feelings and the situation you are in. That being said, it is interesting to see if this theory matches your Hogwarts house!

So, what did you think of the Hogwarts house trauma response theory? Do you agree with your house response? Let us know in the comments below.