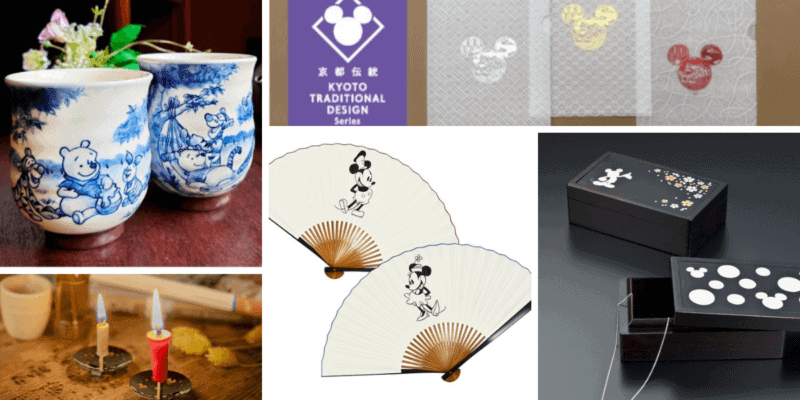 We all know firsthand, whether it be from a visit or social media, that Tokyo Disneyland has some of the most kawaii, meaning cute, merchandise. For many years the artistic culture of Japan has brought a different spin to the typical Disney items both at Tokyo Disneyland and all over Japan. Now, it will be showcased during a collaboration with Disney in February 2021.

Kyoto is one of the cities in Japan that still holds on to many traditions from years past. It’s one of the places you can still find geisha walking the streets. The traditional fashion and culture help to bring a Disney series that will not only be on display, but you can purchase them too! 47club.jp is where you can find the work of Disney teaming up with traditional Kyoto designers, some of which have been around for hundreds of years. Here are a few of the featured items below!

Yes, quite a few of these items have a higher price point, as many handcrafted items from Japan are. With the designers having been around for many years, it demonstrates the workmanship that each of these companies put into designing and creating these pieces.

From February 16-23, 2021, these items from the Disney Traditional Design Series will be on display at the Kyoto Museum of Craft and Design MOCAD Gallery. Pieces like the ones featured above and many more will be showcased from 9 am-5 pm. An event that is free admission, but let’s be honest, I’m pretty sure Disney fans in Japan won’t be leaving empty-handed. It’s just as great for all of us who aren’t able to travel to Japan at this time because we just as much enjoy the rich history and art of Disney and Japan.

Are there any items you’re eyeing for purchase? Let us know in the comments which are your favorites!

Comments Off on Disney Teams up With Traditional Kyoto Designers!