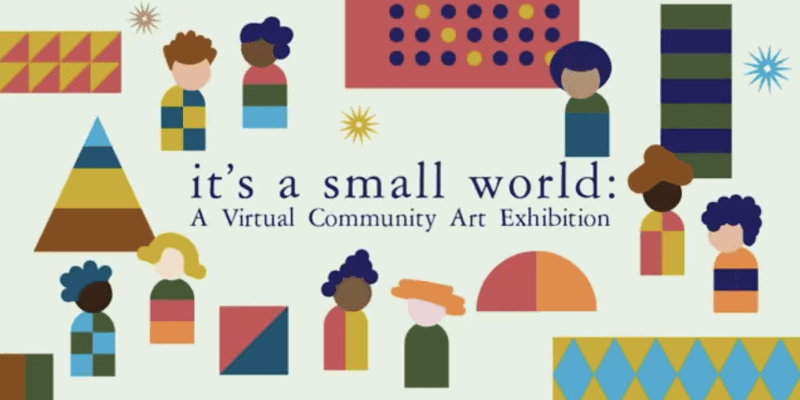 If you’re a fan of the classic “it’s a small world” Disney Parks attraction, you’re going to love the latest online offering from The Walt Disney Family Museum!

Related: Try Your Luck in a Virtual Disney-Themed Escape Room!

Based in San Francisco, the Museum recently had to re-close due to Governor Gavin Newsom’s regional stay-at-home order and their county’s return to the Blueprint For a Safer Economy purple tier. California’s most restrictive COVID-19 tier is also where Orange County — Disneyland Resort’s home — currently sits.

Fortunately for Disney fans who live outside of the Bay Area, this means that The Walt Disney Family Museum’s incredible “it’s a small world” exhibit has moved online — and, it’s quite impressive. In its debut this afternoon, Museum staff members gave viewers a glimpse of how to navigate the virtual exhibit hall.

Guests have the ability to navigate the Diane Disney Miller Exhibition Hall almost like they would move around a video game with highly realistic graphics. The technology behind the virtual exhibit is wonderful and truly gives you the feeling that you’re walking through the Walt Disney Family Museum without leaving home!

According to the official press release about it’s a small world: A Virtual Community Art Exhibition:

The Walt Disney Family Museum’s first virtual exhibition, The World of Tomorrow, which opened in June, called upon amateur and professional artists of all ages to share their ideas and hopes for our future. Now, it’s a small world has asked the museum’s global community to share their visions for a just and equitable present.

Just weeks after the Civil Rights Act was passed into law in the U.S., “it’s a small world” premiered at the 1964–1965 New York World’s Fair. In the wake of the Cuban Missile Crisis, according to songwriter and Disney Legend Richard Sherman, its lyrics were meant to be “a prayer for peace.” Like many other works of art, “it’s a small world” was informed by, and inextricably linked to, the realities that existed during its creation.

“We selected ‘it’s a small world’ as the inspiration for this virtual exhibition because it illustrates the importance of appreciating and embracing cultural differences,” says museum Executive Director, Kirsten Komoroske. “This theme is poignantly celebrated by our participating artists, and I am deeply grateful to each of them for contributing their work to this initiative and bringing this exhibition to life.”

The Walt Disney Family Museum received hundreds of contributions from artists based in Mexico, Canada, India, Singapore, and all throughout the United States. Submissions were first entered in a juried pool, with 120 pieces ultimately selected to be displayed in a 3D-rendering of the Diane Disney Miller Exhibition Hall, which has previously housed world-class exhibitions including MAGIC, COLOR, FLAIR: The World of Mary Blair, Disney and Dalí: Architects of the Imagination, and Mickey Mouse: From Walt to the World.

Related: The Story Behind Disney’s “it’s a small world”