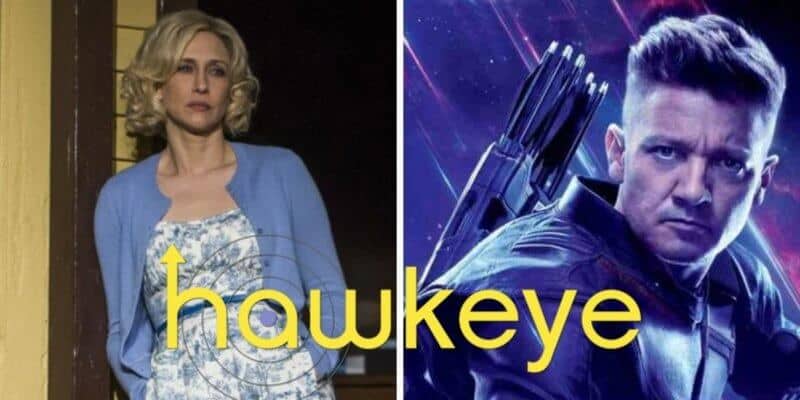 Marvel fans cannot wait for the upcoming Disney+ series, Hawkeye. Fan already know that Kate Bishop, who will be played by Hailee Steinfeld, is set to make her debut in the series alongside Jeremy Renner, who is reprising his role as Hawkeye.

But last week, MCU fans got additional details for the upcoming series, including who will be part of the supporting cast. Among those confirmed, Vera Farmiga, best known for her roles in The Conjuring and Bates Motel. As of right now, Farmiga is set to play the part of Kate’s mom, however, some fans are speculating the talented actress could have a much bigger role — Possibly even the infamous Marvel villainess, Madame Masque.

Not long after the news broke, Twitter user who goes by the name MP, tweeted “I bet Vera Farmiga is playing Madame Masque! #Hawkeye“.

Another Twitter user, Jeremy, suggested Farmiga will be taking on both the roles of Kate’s Mom as well as villainous Madame Masque.

Vera Farmiga is the mom, but probably Madame Masque too.

And Twitter user, Shruti Rao, shared her excitement for the possibility of Farmiga taking on the role of the MCU villain, saying “Vera Farmiga as Eleanor Bishop who later becomes Madame Masque in the Hawkeye show??? YES PLEASE!”

More on the Upcoming Disney+ Series

Jeremy Renner will reprise his role as Hawkeye in the upcoming Disney+ series. If you aren’t familiar, Renner has been portraying the superhero since first appearing in Thor. Since then, he has appeared in the following MCU movies:

If you aren’t yet signed up for Disney+, you can get started here.

Comments Off on Vera Farmiga to Have Huge Role in Marvel’s ‘Hawkeye’?