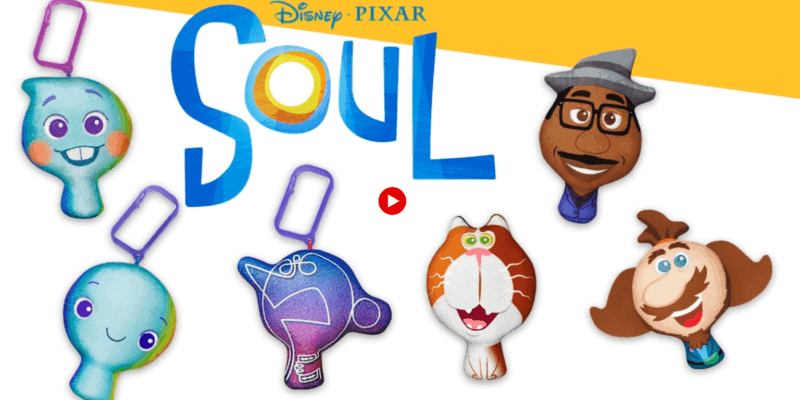 With the recent confirmation that the much-loved Walt Disney World attraction McDonald’s Happy Meal toys have been discontinued, it seems that the restaurant chain has moved on to another Disney-Pixar offering: Soul.

ITM was able to obtain confirmation that multiple McDonald’s establishments in Indiana, Kentucky, and New Jersey have all switched to the Soul bag clip and plush Happy Meal collectibles.

On the official McDonald’s Happy Meal website, children and their parents can enjoy downloadable coloring pages and McDonald’s smartphone app activities related to the upcoming Disney-Pixar film, which will be released on the Disney+ streaming platform on Christmas Day at no extra charge to subscribers — this is in contrast to the live-action Mulan (2020), which debuted on the Disney+ Premier Access tier for an additional fee of $29.99 earlier this year.

There are six McDonald’s Pixar Soul toys to collect in all. They are currently scheduled to be available through January 11, 2021.