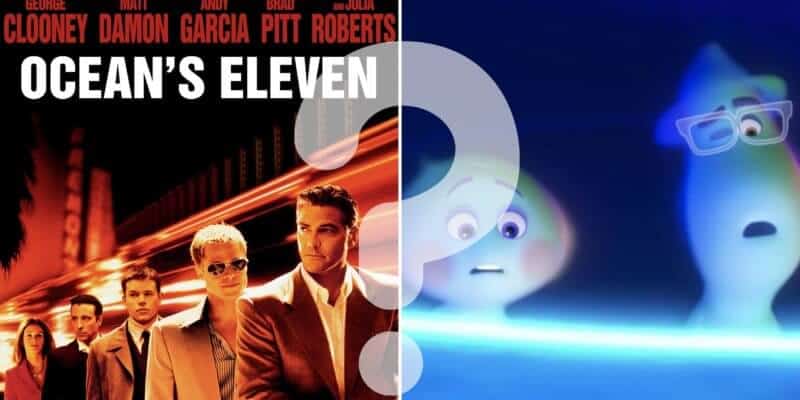 Disney Pixar’s upcoming film, Soul, was supposed to hit theaters on November 20, but instead, will now be available for streaming on Christmas Day! We’ve been sharing some amazing new details about this film — including one famous movie that it was almost inspired by.

In case you aren’t familiar with what Soul is about, the official film description reads:

So, with the film debuting in just a few weeks, many fans are eager to learn more about the Pixar movie, how it came to be, why it’s so important in the year 2020, and more. Well, Kristen Lester (story supervisor), Michael Yates (story artist) and Aphton Corbin (story artist) chatted with Collider not too long ago to dish on some of these incredible details, including how Soul was almost Pixar’s version of…Ocean’s 11?

Collider asked Kristen Lester, “Pete has talked about how, at point during the development, the entire movie took place in the soul world and that now it’s 50-50. Can you talk about what that process was like? And he brought up this insane concept that it was a heist movie at one point, so maybe you can speak to that.”

In which, Lester answered with:

“Yeah, yeah, yeah. All our movies take very different paths and you’d be shocked at what you saw when stuff was early in development to where it ended up being. Sometimes they’re very, very, very different movies and yeah, the first sketch of the movie, it was more of a heist movie that Joe was trying to go back to his life basically through, I can’t remember, doing a bunch of heist-y stuff.

And I remember we came to the end of that version of the movie and it just felt like, again, like I talked about, doing honor to the subject matter and the thing that it was exploring, which is what gives life meaning, what is our purpose in life? The questions that Pete was answering. And it felt like that version of the movie wasn’t doing that justice, and so we had to take out… Okay, it’s not Ocean’s 11. What can we do to dig deeper into the thing that people really wanted to talk about?”

When Collider stated that Pixar should still make an Ocean’s 11 movie, Lester totally agreed, saying, “I agree. I agree. I feel like you could go through all the detritus of other movies and there’s just a million great movies still in there.”

For the full Collider interview, visit their website here. And remember, Disney Pixar’s Soul will be streaming on Christmas Day on Disney+. If you are not yet signed up for the streaming service, you can get started here.

Are you excited for Pixar’s Soul? Let us know in the comments below.