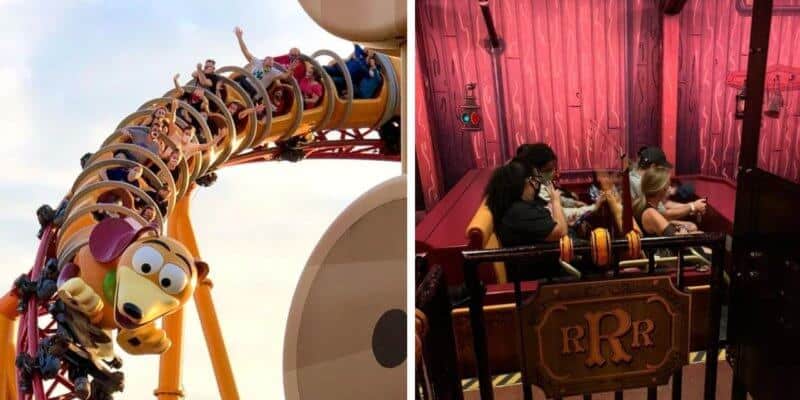 Disney World has been regarded as among the most well-run establishments in terms of health and safety during the pandemic. Being around others at a theme park always poses a risk, but Disney has implemented social distancing, face mask requirements, sanitization, and a reduced capacity in the parks in order to continue operating during the ongoing pandemic. That being said, over the past few months we have begun to see the parks start to return back to “normal.” And with that, more safety measures are being taken.

We know that capacity has increased from 25% to 35%, and as tourism picks back up as people become more comfortable with travel in 2021, it will not be shocking to see more Guests visiting, and many wouldn’t be surprised if Disney continues to increase the capacity limit at the theme parks. That being said, with more people heading to Disney World, the lines for attractions are becoming quite long. The low crowd levels in July allowed Guests to easily walk onto attractions, and now, The Haunted Mansion queue at Magic Kingdom can often extend all the way to Frontierland.

Of course, the massive lengths of the queues is heavily due to social distancing within them, as Guests are not encouraged to stand right behind each other and are instead supposed to keep at least six feet between themselves and another party. Disney World also wasn’t loading every seat in the ride vehicles, causing Guests to have to wait longer for each attraction due to the social distancing measures on the ride. But as more Guests show up at the parks and as capacity increases, those lines will only become longer.

When Disney World reopened, many attractions would run with one party per ride vehicle, such as Smugglers Run at Star Wars: Galaxy’s Edge in Disney’s Hollywood Studios, and coasters were loading Guests to every other cart. Now, we know that isn’t always the case anymore.

As we can see from Jonathan (@DisneyXC) on Twitter, Expedition Everest is now loading every row, but using plexiglass to separate Guests.

Lately, we have begun to see Disney increase the number of Guests being loaded onto attractions, as well as mixing different parties in the same ride vehicle, which allows those long socially distanced lines to move a lot faster. Having said that, Disney has made sure that some attractions — like Mickey and Minnie’s Runaway Railway and Millennium Falcon: Smugglers Run) are set up to have proper protective barriers on the ride vehicles so that separation was still kept up, when possible.

Social distancing has also been relaxed on attractions like Flight of Passage at Pandora – the World of Avatar in Disney’s Animal Kingdom.

There has been some Guest pushback to these changes. Many Disney World visitors have gotten used to the limited capacity and social distancing on attractions, and some even prefer it and feel safer at the parks with these policies in place.

That being said, we recently reported a Disney representative explained the change, stating that this was “not an official new phase of reopening, but rather an ongoing evolution of park practices.” It seems that Disney World is able to move in this direction because they are still following the CDC guidelines — the CDC’s Public Health Guidelines for Community Exposure states that “close contact” that presents a risk of COVID-19 exposure counts as  being “within 6 feet [of an infected individual] for a total of 15 minutes or more.” You can read more about this here.

Therefore, it may make sense that Slinky Dog Dash is now fully boarding the coaster, but Walt Disney’s Carousel of Progress is still very distanced within the theater, as that is a longer attraction. Plus, if you feel uncomfortable riding with others, on certain rides with smaller vehicles you can request to wait and ride solo. This is not available for every attraction, but if riding alone is what you would prefer, ask the Cast Members before boarding to see if it is possible.

Do you feel comfortable riding on Disney World attractions with others if there are barriers? Or did you like the pandemic protocol that was in place over the summer? Let us know in the comments.