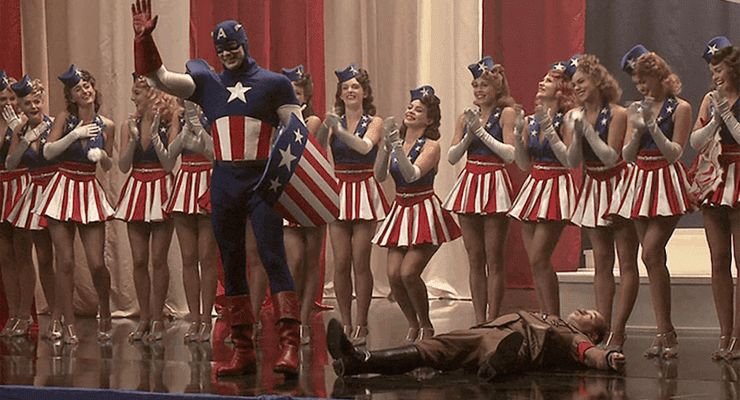 Could we see Captain America run for President? Or, for that matter, any political office in the near future? The answer to that question, right now, appears to be “never say never.”

Speaking at the Web Summit technology conference for helping found the civic engagement platform “A Starting Point,” Marvel Studios star Chris Evans was asked if he would ever run for office.

“Seems like a lot of work. I don’t know. Hopefully, it doesn’t get to the point where I feel the need to. You know, when we were in D.C., we’d always talk to the elected officials. They all said that the good job is mayor. The good job to have in politics was mayor. That seemed to be the universal consensus.

“I don’t know. Look, it’s tough, too. I think, more than any other profession, people love to armchair politic and just kind of say, ‘Well, this is what you should do,’ and I’m sure when you get there, this idea of compromise is crushingly real, and that can be tough. So I’m not if I have the stomach for that because I think you become cynical quick, you know what I mean? And I like being idealistic and hopeful. I don’t know. I think I’ll probably try to find other ways to help.”

You can watch the full interview with Chris Evans here:

President Captain America ?? ? @ChrisEvans is on a mission to bridge the national divide with his political platform @ASP. At @WebSummit 2020, he says “never say never” when it comes to a future in politics. But don't wait around.. my chat with @markKassen @JoeKiani today pic.twitter.com/KL8bL4nVas

But, despite his hesitation, Evans didn’t rule anything out, saying “You never say never, but you know, the truth is — and this isn’t even trying to be fake humble — I don’t know enough. I can’t even think of an office that I would disrespect enough to assume I can waltz in and do it, so I’d have to put myself through some sort of class first. But right now, I don’t know think I have the tools. ”

Only time will tell if the man who emulated Captain America will decide to start down the campaign trail to serve America.

Could you see Chris Evans running for office? Why or why not? Let us know in the comments!

Comments Off on ‘Never Say Never’ – Is Captain America Planning to Run for Office?