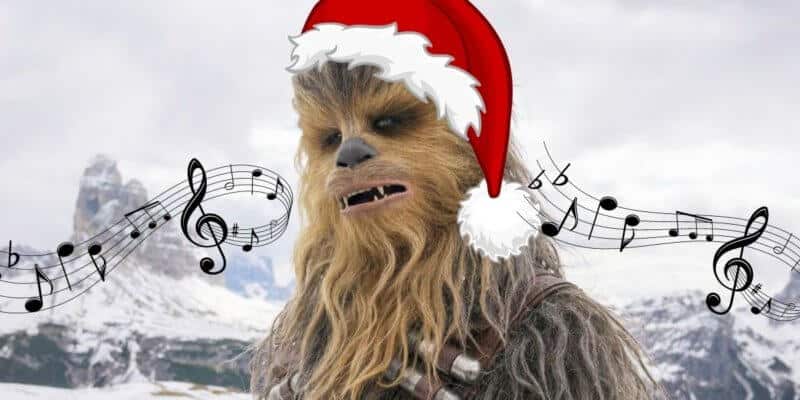 Joonas Suotamo, who is known for portraying the Star Wars favorite, Chewbacca, in Star Wars: The Force Awakens (2015), Star Wars: The Last Jedi (2017), Solo: Star Wars Story (2018), and Star Wars: The Rise of Skywalker (2019), just gave fans of the franchise an incredible gift that we never knew we needed.

On Christmas Eve, Suotamo took to Twitter to share a video of him, in a Santa hat, wishing everyone a happy and healthy holiday season and New Year.

“Hey, what’s up everybody? It’s Joonas here,” Suotamo begins the video. “I just wanted to take a moment to wish everyone a fantastic Christmas, and happy holidays, and the best new year in 2021. May it be even better than we anticipate, because this year has been, let’s just say trying for all of us. It’s going to be great, I know it.” However, that wasn’t all he wanted to say.

He continued, “Also, I wanted to sing you guys a song to celebrate the Christmas spirit.” Approximately 40 seconds into the video, you hear Suotamo channel his inner Wookie and sing the iconic Christmas song just as the Star Wars character would.

Related: Have yourself a Wookie little Christmas with these Star Wars Holiday Tunes

Listen to the video here:

I recorded a special #Chewbacca holiday message for all of you! pic.twitter.com/u1LaCN9Cf9

After singing the Wookie-inspired rendition of “Jingle Bells,” Suotamo jokes that the song is actually a favorite on the planet of Kashyyyk. In fact, “it’s played on every radio station a little too much”.

We hope you all are enjoying your holiday season this year and that Suotamo was able to bring a smile to your face as he spreads Christmas cheer. Happy Holidays everyone!

What did you think of Chewbacca’s Jingle Bells? Let us know in the comments below.