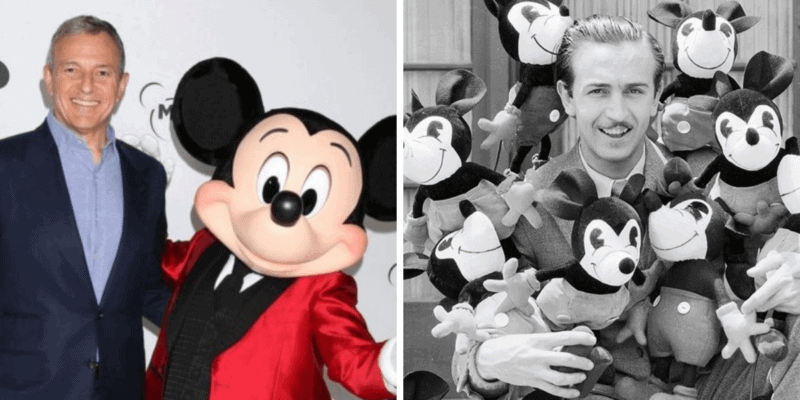 Today, December 5, is Walt Disney’s birthday. Former Walt Disney Company CEO Bob Iger joined people all over the world in paying tribute to the man who started it all.

On this day in 1901, #WaltDisney was born. Remembering him today in appreciation for his vision, inspiration, and all of the wonderful seeds he planted for our company to grow from.

On this day in 1901, #WaltDisney was born. Remembering him today in appreciation for his vision, inspiration, and all of the wonderful seeds he planted for our company to grow from. pic.twitter.com/3Lz2xPWDIC

Iger’s genuine admiration for Walt was also made apparent when he revealed the one question he would ask Walt if he had the chance.

Obviously, the number one question would be how am I doing? You know, to get some validation from the founder of the company would certainly be something that I would love to hear, but obviously that’s not possible. But I think, more than anything I would just want to learn from a master, a master of curiosity, a master showman, a master of innovation, a master of risk taking — someone who had such a unbelievable feel for what people wanted, and just a love of creativity.

Throughout his tenure as one of Walt’s successors, Iger stated in The Imagineering Story that he made innovations and acquisitions that he believed to be in line with the philosophy and stories that the company founded itself on so many years ago. It goes to show that even 70+ years after his death, people are still asking themselves “What would Walt do?”

Today marks the 119th anniversary of the day Walt came into the world and since he founded what would become The Walt Disney Company, the world has never been the same.

On behalf of all of us here at Inside the Magic, Happy Birthday, Walt Disney and thank you for everything.

How has Walt Disney touched your life? Let us know in the comments!